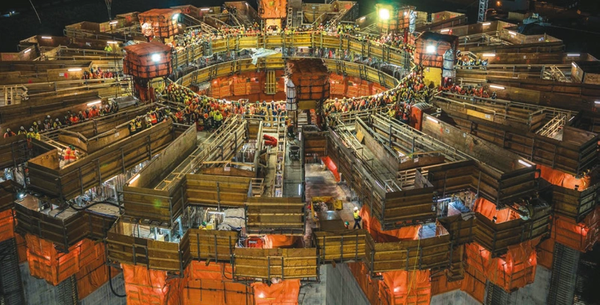 Representing just a small sample from the thousands of articles published in print and online this year, these are the 20 most-read stories on OEDigital.com from 2019.

1. There’s Something Happening off Newfoundland
Something large and overlooked lurks beneath the seabed offshore Newfoundland and Labrador.

2. Activity Picking Up Offshore Guyana
Guyana has become one of the most exciting regions within the oil and gas industry over the last few years, with increased exploratory activity filtering down to the supply boat sector.

3. FPSO Boom to Challenge Supply Chain
Surging numbers of orders for floating production, storage and offloading vessels (FPSO) may be straining the supply chain, including shipyards in Asia, according to World Energy Reports.

4. A Fire in the Battery Room
A fire in the battery room of a passenger ferry has given Norwegian offshore safety officials — and firemen — a taste of the dreaded toxic, hard-to-control chemical explosions and fumes that marine energy storage was feared to have been theoretically capable of creating.

6. Pirates Attack OSV in the Gulf of Mexico
Pirates attacked an offshore supply vessel (OSV) in the southern Gulf of Mexico, injuring two crew members in another outbreak of robbery and piracy to hit oil platforms and infrastructure in the area.

9. FPSO Outlook: New Orders & Growth Trends
The number of floating production, storage and offloading unit (FPSO) in operation or available for deployment has grown by 33% over the past 10 years, from 151 units at end-2009 to 201 units at end-2018, according to World Energy Reports.

10. Drilling Down Deep
Deepwater drilling is back and targeting ever deeper waters, from South Africa to Pakistan.

12. It’s Only Just the Start for Subsea Drones
The starting gun on a subsea space race has officially been fired with the first ever award of a contract that includes services from a subsea resident drone.

14. TechnipFMC to Split into Two Companies
Franco-American oil services firm TechnipFMC announced it would spin off its engineering and construction operations into a separate company, leaving it as a technology-focused equipment supplier to oil and gas companies.

15. Transocean Cancels Drillship Deliveries
Offshore drilling contractor Transocean announced that it will not take delivery of two newbuild drillships that were scheduled to be handed over from Korean builder Samsung Heavy Industries (SHI) in 2019 and 2020.

17. Chevron to Buy Anadarko for $33 Bln
Chevron had made its move to buy oil and gas producer Anadarko Petroleum before losing out in a bidding war with Occidental Petroleum. Oxy outbid Chevron to acquire Anadarko in August.

18. Exxon Appoints Bank to Sell Malaysia Assets
ExxonMobil appointed Bank of America Merrill Lynch to run the sale of its Malaysian oil and gas assets as the US firm accelerates a vast disposal program.

19. Petrobras: A New Era Begins
The year 2019 began with a new government in Brazil and a new management controlling the national oil and gas company Petróleo Brasileiro, commonly known as Petrobras.

20. A Structural Shift for the Subsea Supply Chain
Late cycle contractors may have changed the subsea sector for good and as lead times shorten, schedule optimization is an increasingly vital consideration for offshore project developments.