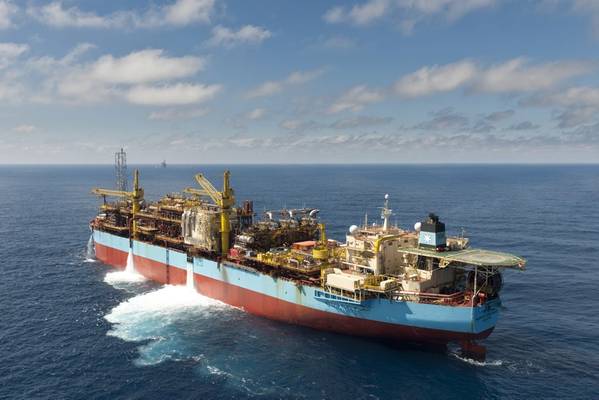 Surging numbers of orders for floating production, storage and offloading vessels (FPSO) may already be straining the supply chain, including shipyards in Asia, a report out of the United States suggests.

Around two dozen FPSO contracts are about to enter “decision gate”, and final investment decisions (FID) on these could yield more contracts than the supply chain can fill. World Energy Reports’ July FPSO paper suggests those 24 or so tenders are due to produce contract awards over the next 18 to 24 months.

“Whether the supplier base is capable of taking on all of these projects within this time frame is an issue,” the report asserts. It adds that the growing backlog is already forcing major FPSO contractors to be increasingly selective in bidding on new contracts.

There’s little sense the march to FID on these projects will slow anytime soon. On the oil-price front, geopolitical tension centered on the Straits of Hormuz — the usual trigger for a spike in oil prices — is being offset these days by excess oil in U.S. inventories, even as two tankers languish in custody, their cargoes undelivered.

This week alone has already seen FPSO contract awards to a clutch of contractor heavyweights: EM&I won a Japanese order to operate a vessel; Keppel won the Yinson modification and Siemens will power Eni’s FPSO in Area 1 offshore Mexico.

The 130-page WER report, meanwhile, details the state of the FPSO market, noting that 222 floaters projects are already in the planning stages, with 48 FPSOs and FSOs on order. The report (which also chronicles equipment needs) says there are 300 FPSOs in service and 32 available to be redeployed to oilfields worldwide.

Much has been in the works for years. Sources at a recent London conference — and a cursory look at projects worldwide — confirm that FPSOs as development ideas had begun to dominate the thoughts of project managers when the downturn dragged on after 2014.

Not just Brazil
The report, which uses Excel charts to detail the planning, operational and build locations of FPSOs worldwide, shows for example, that 11 FPSOs are approaching FID in Brazil, now the leading location for FPSO placement, where Equinor, Karoon, Shell and Petrobras dominate FPSO demand. Elsewhere, some fields progressing toward FPSO development were once seen envisioned as platform projects.

Apart from Brazil, FIDs look set to bring new FPSOs to Australia, China, The Falklands, Ghana, Guyana Malaysia, Nigeria and Vietnam within 24 months, provided the supply chain can manage the volume. The report’s authors state some suppliers have had to be selective about the tenders they take part in, resulting in about 10 projects facing some sort of bidding or contract slowdown.

FPSO contractors Modec and SBM, for example, have strong order backlogs with four FPSOs in construction, and both have several imminent awards. “As a result, both contractors have been increasingly selective in bidding on new contracts,” the report’s authors say.

Modec, for one, had to drop a Marlim FPSO bid when offered the Buzios 5 FPSO. The authors discuss the state of other contractors, including BWO, Teekay, Yinson, Bluewater and Bumi Armada.

“The extent to which these contractors have appetite to simultaneously take on multiple large FSPO projects in Brazil and Africa — where local content policies could require in-country engineering and fabrication — is questionable,” the authors point out. They’re preparing a five-year FPSO report for release in October, 2019.