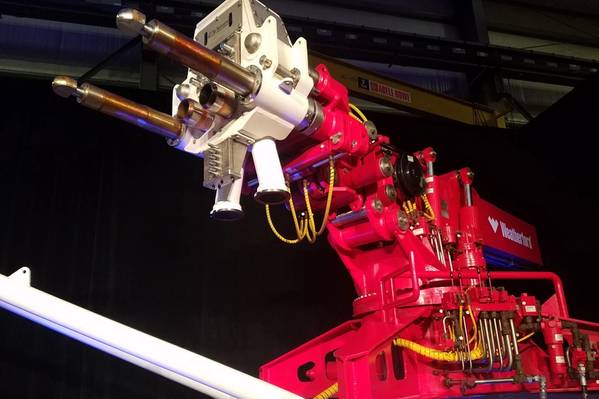 Billing it as Industry 4.0, Weatherford launched its automated managed pressure drilling (MPD) riser system in Houston this week. The automated riser system combines with artificial intelligence, condition-based maintenance and additional sensors to speed operations, and is expected to see its first deployment in the Caspian in the second half of 2019.

MPD provides an active approach to well control that can be used to optimize the performance of drilling operations in any well, Anthony Spinler, Weatherford’s vice president for managed pressure drilling, said.

The newest generation of the service company’s offering speeds up operations. Its automated MPD riser system features a robotic arm that can connect a single subsea control umbilical and flowlines in a matter of 20 minutes or less. According to Weatherford, it’s the industry’s first hands-free flow spool for all weather conditions and harsh environments, so no personnel must work over the moonpool to make the connection, and the need for remotely uperated underwater vehicles (ROV) is also reduced or eliminated. 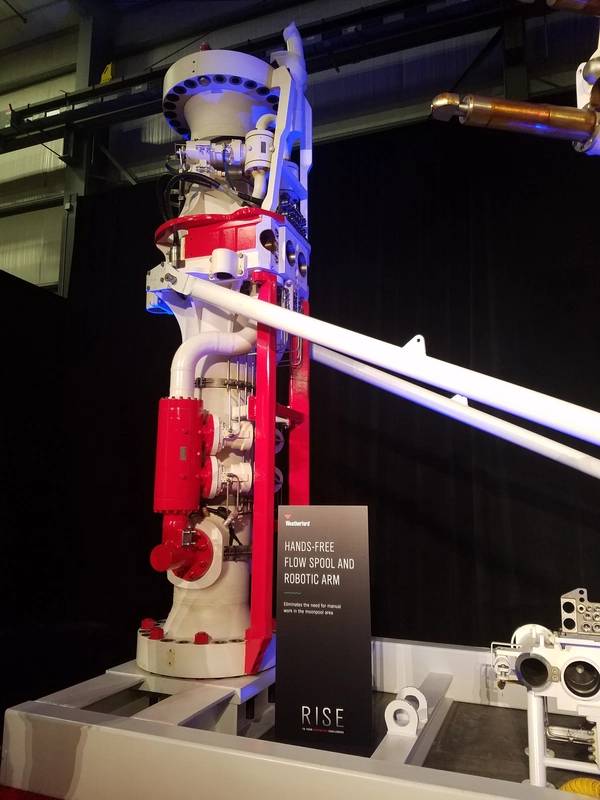 Julmar Shaun Toralde, Weatherford’s global business director for drilling and evaluation, called the rig up and rig down of the flowlines and umbilical with a robotic arm “equivalent to running a piece of riser. The MPD system seems like it’s not there.”

Harshad Patil, global technology manager for MPD at Weatherford, said customers “don’t have to stop drilling if something goes wrong” while using the scalable, customizable and modular manifold. The MPD manifold features redundancy, a high-pressure flowmeter and remote valve operation.

“Can it really handle rise gas? Yes, it can. We’ve studied it. We understand it. We incorporated certain aspects into the design to handle riser gas,” Patil said.

In Weatherford’s MPD manifold design, the Coriolis is in front of the choke rather than behind.

Sayamik Ameen, global technology manager for intelligent control system/platform at Weatherford, said the control system draws on smart control algorithms based on 3.5 million hours of data from MPD operations and uses an advanced hydraulics model to stay within the pressure window in the case of an influx.

“68 times, we have successfully gotten influx, handled it and continued drilling without having to use the blowout preventor (BOP),” Spinler said. 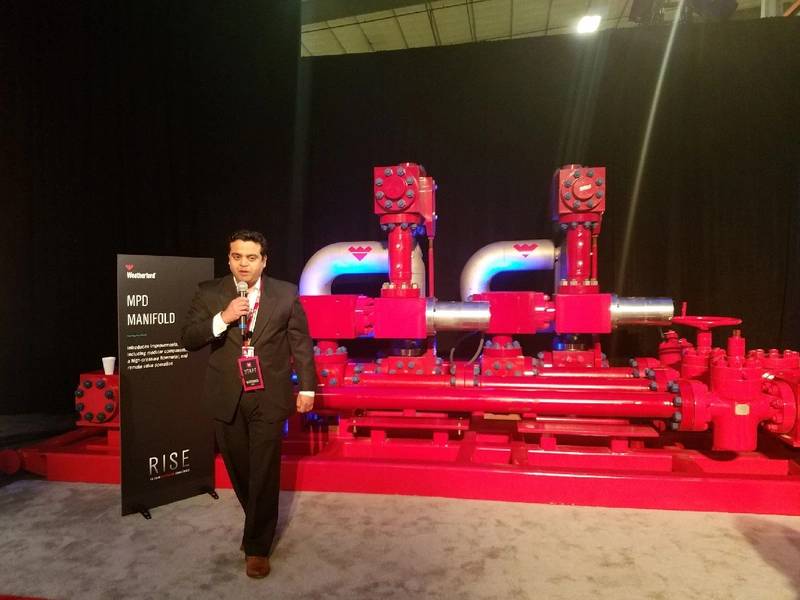