A Fire in the Battery Room 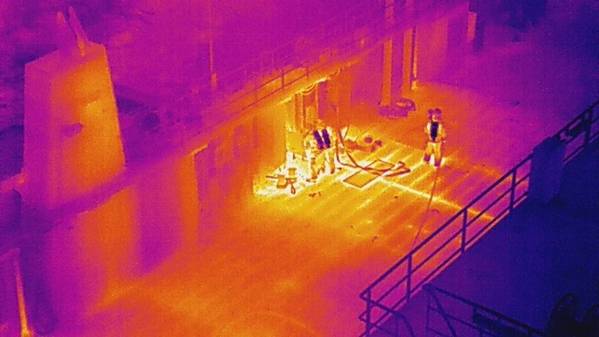 Chemical suites and high temperatures: Norwegian firefighters (seen on deck and via thermal imaging drone) battled overnight to contain a battery room fire aboard a ferry that sent 12 of them to hospital for chemical exposure (Photo: City of Bergen Fire Department)

A fire in the battery room of a passenger ferry this week has given Norwegian offshore safety officials — and firemen — a taste of the dreaded toxic, hard-to-control chemical explosions and fumes that marine energy storage was feared to have been theoretically capable of creating.

But some have a strong idea of what went wrong when 15 lives were threatened.

Now that marine batteries are aboard drill rigs for the first time, the maturity of battery systems or the design of battery rooms seems a matter worth re-considering. So much so, that the Norwegian Maritime Authority — partly responsible for offshore safety that includes vessels and rigs — was quick to follow on the ferry incident this week with new “guidelines”, ostensibly to avoid “thermal runaway”, a kind of dangerous battery meltdown that can create poisonous and explosive gases (like hydrogen fluoride) and fires hot enough to melt steel.

On Tuesday, the stop-gap guidelines were “make sure the batteries are connected to the vessel’s electrical power at all times”, or else the bridge won’t know their safety state. But what of the cause of the fire?

The fire aboard the ferry MF Ytteroyningen, reported by Norwegian national broadcaster NRK, was a stark warning to a Norwegian marine and offshore segment heavily invested in promoting battery and hybrid power. An entire “green energy” cluster has been hastily created to get a leg up on a world still clinging to reliable diesel power — especially aboard drill rigs in need of reliability, including reliably knowing an entire fire department won’t be needed offshore for an battery-room fire.

The fire on the night of October 17 occurred just a hundred meters from shore, and “passengers and crew got to land before the situation escalated”, NRK reported. 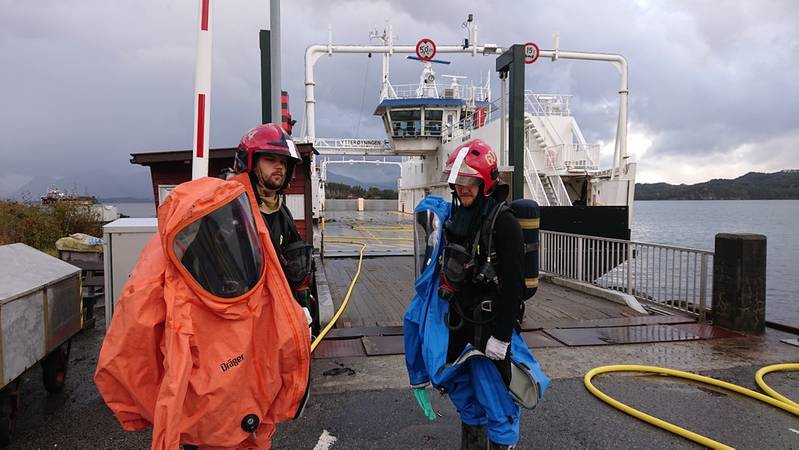 Disaster agency
It escalated. The fire in the battery room was thought to have been extinguished during the night, but an explosion below deck rocked the converted hybrid ferry in the morning. Damage is severe and structural.

“I have to admit, that I never would have believed that there could be that serious a fire in a battery room,” a spokesperson for the ferry company, Fjord 1 was quoted by NRK as saying. The fire was so serious, that the Norwegian Directorate for Civil Protection — a disaster control authority akin to the U.S. Dept. of Homeland Security) was called in. So, too, were special crimes unit, the PST.

All for a ferry fire.

The risk inherent in marine energy storage has, however, been known and understood — by a few. Little-known lab tests in Sweden produced fires.

Canadian entrepreneur and shipbuilder Brent Perry, behind both Corvus and PBES (now SBPES), has cautioned about thermal runaway and fumes build-up for years, adding that some competitors don’t understand risks that need to be mitigated via special safety mechanisms. 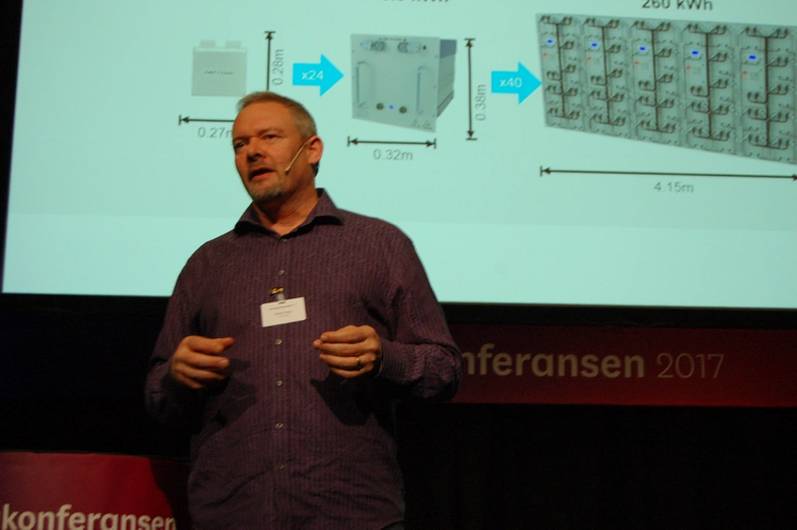 Rig risk
The risks need to be thoroughly understood and responded to given the implications of the MF Ytteroyningen fire for rigs or the offshore service vessels hoping to rely on energy storage. Was it the ferry’s battery room construction that caused the explosion and fire? Was it a flaw in the energy storage system itself?

Rig owners and operators need to know what caused the metal-melting battery fire aboard that ferry before more marine batteries are installed on anything destined for an offshore hazard zone. Early investigations reveal the batteries weren’t plugged in.

But what caused thermal runaway in the first place.

Perry once told this author that the systems have to robust enough not to need their own battery rooms, where fumes can gather. Batteries need to speak to technicians, and then they need to be kept at stable temperatures. Their control programming needs to be adjusted.

I’d talk to Perry, as he seems to have written the rules on energy storage safety.

“We monitor these systems 24/7. If we see a slight variation in voltage, we know it before the customer does,” we once quoted him as saying.

“Lithium batteries — although they have extraordinary performance capacity — are very temperature-sensitive beasts.