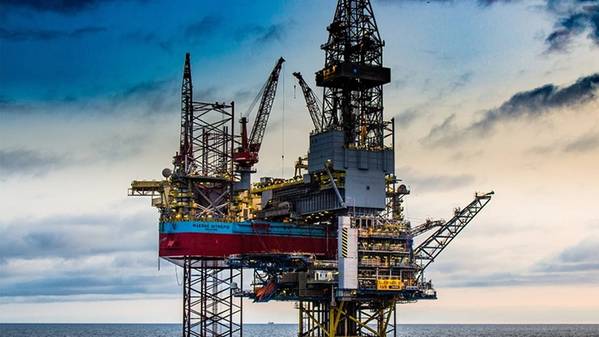 After a week that saw Norway announce a record number of oilfields in operation and support for the UN Climate Change Committee’s new report, there’s a paradoxical window of opportunity for offshore suppliers offering increments of “green” savings.

Norwegian Prime Minister, Erna Solberg, was in New York last week, from where she confirmed for Norwegian journalists that she would uphold a March 2019 commitment by her government in Oslo to raise Norway’s carbon-dioxide tax again (and also create one for the transport sector). The tax has been a levy on emitters of CO2 while yielding funds to incubate suppliers able to demonstrate that their product or service cuts emissions directly on a large-scale.

“If you don’t want to pay the tax invest in (their) green technology,” the PM was quoted by Norwegian NTB as saying.

Sure, NASA released photos this month showing that Earth’s Antarctic ozone hole had repaired itself (as the Arctic’s hole revealed in 2018), and sure some point to the planet’s new tilt heating up certain regions. Norway, nevertheless, has been lobbying for a place on the UN Security Council, from where it might better fight climate battles on behalf of its newer, greener supply chain.

The UN Climate Panel’s report, meanwhile, foresees climate change harming life at sea by unleashing more ocean heat waves and rising sea levels on arctic and coastal communities. Coastal communities is short-hand for many of the wealthiest settlements on Earth, so this month’s Panel communique — like last decade’s Stern Report coming on the heels of a report warning the UK had no more oil — ought to provide ideal advertising for CO2 funds key to boosting greener supply chains.

The result is saleable emissions credits for offshore service fleet owners, rig-owners and (or) offshore operators. In the case of carbon capture and storage offshore, there’s the additional advantage for suppliers of being paid by Oslo’s arm’s length funds entity, Gassnova, which disperses CO2 fund money, other multi-million-dollar allotments and protects participant IP while also providing a ready market in energy companies taking part a national incubator program.

For operators — there’s the chance to sell their carbon-dioxide emissions, or, if storage becomes a reality, to sell emissions storage. Or, they can buy the services of the CCS supply chain or just buy the  suppliers (as Shell bought Canadian Cansolv).

Gassnova wields at least 2 billion kroner yearly, and its only for carbon-fighting suppliers. That’s separate from the a half dozen or more other funds aimed at making oil and gas more efficient and “electric”.

Sector-based funds
For those with products that attack emissions directly, a higher Norwegian CO2 tax ensures the longevity of stately incubators, Gassnova and Enova. Financial frameworks elsewhere — including the EU — often offer only matching funds, but this week’s climate jolts ought to spark renewed supplier interest in all “climate-related” tech-funding schemes.

You really just have to Google them. Many schemes, like Canada’s, are sector-specific, and so your battery powered offshore winch might find the right finance if also aimed at, say, aquaculture or fisheries.

The work of providing funding for “climate-saving tech” is the burden of national governments. Levies on emitters (as with Norway’s newer nitrogen oxide fund) to support the supply chain has become the only way to go.

Emitter requests to simply “cut emissions” quotas are, in Norway at least, no longer in vogue. Sector-based greenhouse gas based levies in support of suppliers is the new way forward.