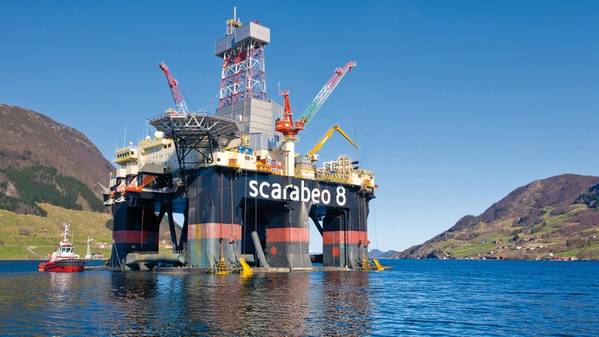 Nova is a tie-back to the nearby Gjøa platform which will provide water injection and gas lift and receive the hydrocarbons. Gjøa is electrified with power from shore and will also provide electricity to Nova.

"The drilling start is an important milestone for the Nova consortium, including Wintershall Dea as operator and Sval Energi, Spirit Energy, and ONE-Dyas as project partners. Installation of the subsea equipment is completed and modifications to the Gjøa facility are progressing well," Wintershall Dea said Wednesday.

"With the subsea scope having been finalized already and a clear focus on the completion of the topside modifications, the production drilling is the last major milestone before production start for the Nova field. Looking ahead, it’s exciting to see the field taking shape, and we look forward to first oil,” said André Hesse, Wintershall Dea Nova Project Director.

Nova is located in the Norwegian North Sea, some 120 km northwest of Bergen and 17 km southwest of Gjøa. Drilling on the Nova project first started using the West Mira drilling rig at the end of October 2020 but was paused following an incident with one of the x-mas trees. The contract for the drilling rig West Mira was terminated in May this year.