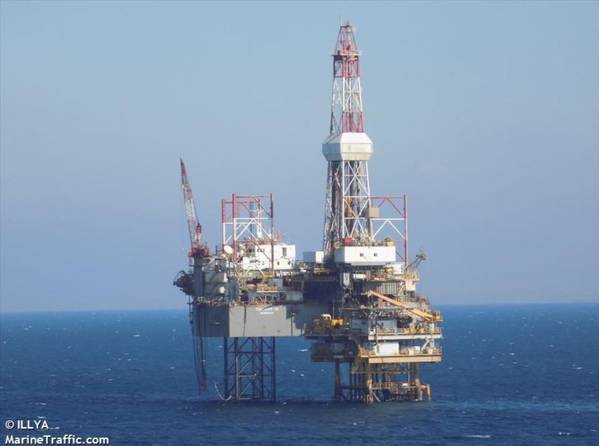 Shelf Drilling has seen another offshore rig contract terminated, this time for a jack-up rig for which it had secured a one-year contract extension in March.

Namely, the Dubai-based jack-up drilling contractor in March said it had won a contract extension for the Trident 16 jack-up rig, working for Belayim Petroleum Company ("Petrobel) in the Gulf of Suez, offshore Egypt.

The rig, which has been working with Petrobel in Belayim fields since 2015, should have stayed busy in Egypt until February 2021.

However, Shelf Drilling on Friday announced the contract for the 1982-built, MODEC-designed jack-up would come to an end earlier than originally planned.

"Shelf Drilling, Ltd. announced today that it has received a notification from a customer on early termination of the Trident 16 contract. The contract end date for the jack-up rig has been changed from February 2021 to early-August 2020," Shelf Drilling said.

News of the contract termination comes just days after Saudi Aramco decided to suspend a contract with Shelf Drilling for the High Island IV jack-up drilling rig for a period of up to 12 months.

The jack-up rig, built in 1980, has worked for Saudi Aramco for years, and under the contract signed in February 2020, it was expected to stay with the Saudi oil company until February 2030 at a dayrate of $80,000.

Shelf Drilling, one of the world's largest jack-up rig contractors by fleet size, in May said it had reduced headcount and executive compensations, as a response to a dire situation in the offshore drilling market caused by low oil prices and the Covid-19 pandemic.

Oslo-listed offshore driller in May posted a $184,9 million net loss for the first quarter of the year, a result hit by impairment charges.

It in May said it was under pressure from customers to renegotiate day rates and several customers were considering suspending, terminating, or reducing the duration of contracts.

Apart from the termination of the Trident 16, and a suspension of the High Island IV, the drilling firm has recently seen rig contracts for three more rigs terminated earlier than expected.

Dubai Petroleum in March and April shortened contracts for Shelf Drilling Tenacious and Shelf Drilling Mentor, respectively. In Nigeria, ExxonMobil in March cut short the contract for the Trident XIV jack-up rig, with the contract now ending in July 2020 instead of February 2021.

Also, Shelf Drilling Resourceful jack-up completed its contract with Chevron Nigeria in April 2020, with Chevron deciding not to exercise its six-month option to extend.

Since the COVID-19 outbreak and the drop in oil prices, offshore drillers have struggled to secure work and keep existing contracts, with customers slashing exploration spending plans, and declaring force majeure events.

Energy intelligence company Rystad Energy in April said that offshore drillings contractors leasing drilling rigs to oil and gas companies were set to lose contracts worth $3 billion in combined revenue in 2020 and 2021.

If anything was learned from the previous crisis, Rystad said, it was that such struggles can be brutal and can last a long time.

"There are plenty of reasons to expect that the battle that lies ahead for drillers will be considerably tougher than the one fought to get through the previous downcycle. Even top drillers will be at risk of failing to meet debt payments and may need restructuring," Rystad added.

"Of the 100 listed energy service companies analyzed by Rystad Energy across the various service segments for this research, more than two-thirds are unlikely to be able to meet their interest payment obligations on time this year. Many offshore drillers will be living on the edge in the coming months," the Norwegian energy intelligence company said.

In its report on global oilfield services demand outlook on Thursday, Rystad said that, measured in the total value of exploration and production (E&P) company purchases, the demand is set for a massive 25% yearly drop in 2020.

"Spending is expected at $481 billion this year and take the first step on the road to recovery in 2021, when it is forecast to tick up by just about 2%," Rystad said about the oilfield services sector overall.