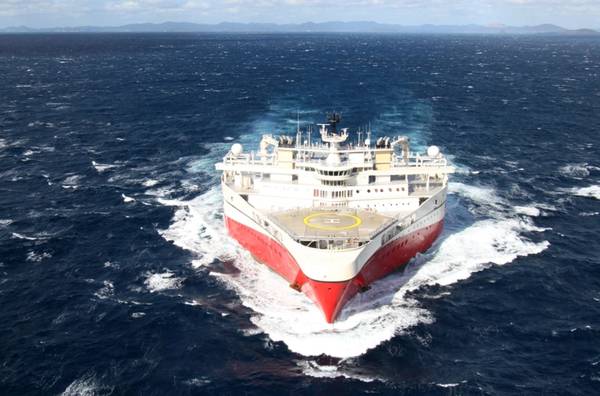 PGS, a Norwegian seismic data company best known for its offshore oil and gas exploration services, is expanding into the carbon capture and storage arena with its second carbon storage survey deal announced in as many days.

The contract was awarded by Equinor on behalf of its Northern Lights joint venture with Equinor and Shell. The survey is planned to start in the second quarter of 2022 and has a duration of approximately one month. PGS did not share the financial details.

Rune Olav Pedersen, President & CEO in PGS, said: "Northern Lights is one of the pioneering CO2 transport and storage companies in Europe and we are proud to contribute with our technology to their groundbreaking efforts. We established our New Energy business area in early 2021 and made MultiClient data sales during the year for the development of CO2 storage projects. I am very pleased to see that we now are taking another step in being awarded this data acquisition contract for Northern Lights."

Pedersen said Tuesday, in relation to the BP deal, that seismic acquisition for CCS purposes was likely to constitute "a significant new market for our industry."

Worth noting, Transocean, another company best known for its oil and gas exploration works, has this week secured a contract with the Northern Lights consortium, too, where one of its drilling rigs will later this year be used for a not-so-typical project for an offshore oil rig.

The Northern Lights project comprises transportation, receipt, and permanent storage of CO2 in a reservoir in the northern North Sea, and will be open to third parties. The project will initially include the capture of CO2 from Norwegian industrial capture sources.

The project is planned to be the first-ever cross-border, open-source CO2 transport and storage infrastructure network, offering European industrial emitters the opportunity to store their CO2 permanently underground. Once the CO2 is captured onshore, it will be transported by newly designed ships, injected, and permanently stored 2,600 meters below the seabed of the North Sea.

Phase one of the project is planned to be completed in mid-2024 with a capacity of up to 1.5 million tonnes of CO2 per year.