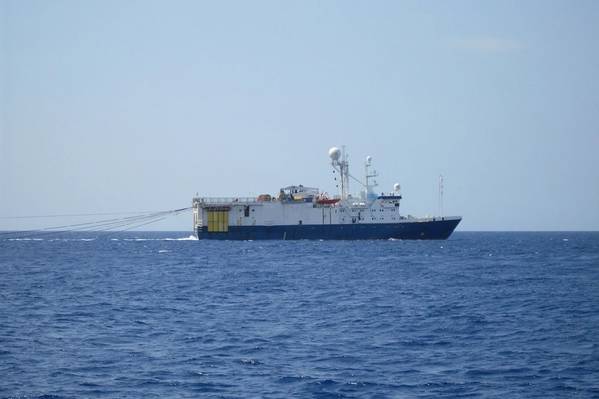 Despite oil prices recently edging past $80 a barrel, scars from two recent oil industry downturns in five years have forced offshore seismic surveyors to look at ways to diversify.

Marine seismic survey companies provide essential data to offshore oil and gas explorers to make better-informed drilling decisions. However, with every oil industry downturn, seismic players are among the first to feel the pang, as exploration budgets usually get cut significantly and revenue streams for seismic data firms dry up.

This was particularly the case last year when the industry was hit with a double whammy: COVID-19 and a global lockdown that hit demand for oil plus a fallout between Russia and OPEC that flooded the market with oil, sending the prices down even further. As expected, exploration budgets were cut, and seismic players revenues were hit, with some of them, such as Polarcus, going out of business.

Now, with oil prices back up to around $80, the situation for explorers has improved, with Rystad Energy recently reporting that vessel utilization in the offshore oil and gas seismic data acquisition sector had reached pre-pandemic levels in the third quarter of 2021.

Rystad, which monitors the activity of 106 seismic vessels, said the seismic fleet's hibernation was over, with around 68% of the fleet now surveying or underway. According to Rystad, the seismic fleet matches the utilization levels of the first quarter of 2020, before the pandemic-induced slowdown hit the seismic industry.
The worst time for the fleet was from the third quarter of 2020 through March 2021, when 46% of the global fleet was inactive (either standby in port or stacked), Rystad said.

While the market sentiment seems to be improving, pessimistic long-term views on the future of oil, recent and frequent oil downturns, and environmental pressure, have forced seismic data companies to start looking beyond the oil and gas industry. In the past year, seismic firms have thus started working to diversify their offering, find their role in the accelerating energy transition towards renewables, and make themselves "futureproof," by not depending solely on offshore oil and gas.

One of the most active seismic companies in this push to diversify is Norway-based seismic data company TGS, which earlier this year formed the New Energy Solutions (NES) business unit, to pursue opportunities related to the energy transition, in industries contributing to the reduction of GHG emissions, such as Carbon Capture and Storage (CCS), Deep Sea Mining (DSM), geothermal energy, wind energy, and solar energy.

"Many of the investments required in renewable energy and CCS have long pay-back times. It is therefore critical to make well-informed and precise investment decisions. Our aim is to be the leading provider of data and insights that help de-risk investments and reduce the time-to-market," TGS, which doesn't own seismic vessels, but rents them as needed, said at the time.

Shortly after the formation of NES, TGS announced its entry into the offshore wind arena, buying 4C Offshore, a market intelligence and consultancy firm  providing research and insights to the offshore wind industry.  At the time of the acquisition, 4C Offshore, based in Lowestoft, UK, employed 29 people and provided data on more than 2,000 offshore wind projects, and had recurring revenue streams from a diversified base of almost 350 clients, serving 2,200 users.
In 2020, subscription payments for 4C Offshore's data services accounted for almost 80% of revenues, TGS said, without sharing info on the level of 4C Offshore's revenues.

TGS then, in the same month, signed an agreement with the Norwegian low-carbon tech company Horisont Energi to jointly work on the identification and classification of CO2 storage reservoirs and develop new Carbon Capture and Storage (CCS) technologies.

Talking about winds, TGS in August announced its involvement in the growing U.S. offshore wind market, expanding its coverage of numerical weather prediction (NWP) model data for offshore wind off the East Coast U.S., extending from Massachusetts to North Carolina to create a higher resolution dataset than publicly available with coverage over the key offshore wind industry focus areas on the U.S. coast. 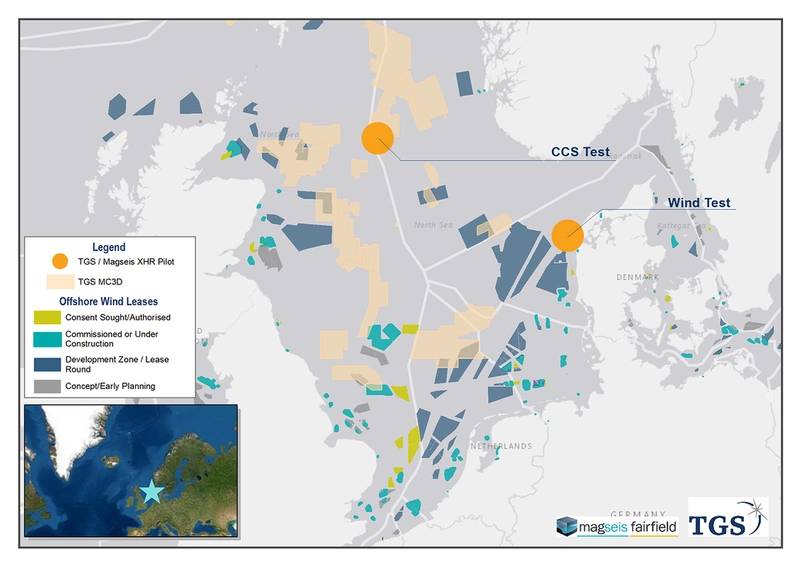 Another Norwegian seismic company, SeaBird Exploration, has in the past year announced forays into deepsea mining and offshore wind. It launched Green Minerals, a company focused on deep-sea mining of marine minerals and Rare Earth Elements (REE) "key to the green shift," and "eliminating the social costs in onshore mining while reducing the environmental footprint."

The company said that medium-term, Green Minerals' plan is to win licenses to survey, explore, and produce Marine Minerals on the Norwegian Shelf, "thereby "capitalizing on $79 billion worth of resource potential.

Norway could license companies for deep-sea mining as early as 2023, potentially becoming one of the first countries to harvest seabed metals for electric vehicle batteries, wind turbines, and solar farms, according to a Reuters article, published in January.

In November 2020, the American Bureau of Shipping's Vice President of Global Offshore Markets Matt Tremblay said the world demand for metals required for new forms of transportation and electrical storage is increasing. "Metals such as copper, cobalt, nickel, and manganese exist on land, but are increasingly difficult to extract sustainably. Subsea mining, with the abundant resources on the seabed, offers an alternative," he said.

Green Minerals expects to have its marine minerals production system ready to start pilot production in 2026. Apart from the seabed minerals push, SeaBird Exploration in April this year announced its first foray into the offshore wind industry, with a contract secured for its Petrel Explorer vessel, to serve as an accommodation vessel for a wind farm maintenance campaign in the Baltic Sea. According to the vessel's spec sheet, the Petrel Explorer offers 54 berths in 40 cabins.

It sold its vessels to Shearwater in January 2020, with the deal including a five-year vessel capacity agreement for marine seismic acquisition services between the two companies. While the sale was dubbed CGG's exit from the marine data acquisition business, CGG is still conducting seismic surveys, but it is doing so using Shearwater's vessels.
CGG also this year announced deals not typical for an oil and gas seismic data company.

It in April it partnered with dCarbonX, a company looking to develop offshore geothermal energy and storage sites for CO2, hydrogen, and ammonia in Ireland and UK.

CGG will bring its geoscience solutions to help identify and de-risk subsurface storage, sequestration and geothermal energy sites using its expertise in geological, geophysical, engineering, modeling and monitoring technologies, including instrumentation from Sercel, its equipment division, it said.

Also in April, a consortium led by CGG was picked by the European Space Agency’s Space Solutions initiative for a study aimed at developing new environmental monitoring technology and services to help combat the global marine litter crisis.

CGG will collaborate with Mott MacDonald, a global engineering, management and development consultancy, and Brunel University London to develop new environmental monitoring solutions based on CGG’s analysis and processing of Earth observation data and using its artificial intelligence models.

The first 12-month phase of the study will focus on establishing the technical feasibility and commercial viability of new satellite-based services for detecting large aggregations of floating plastics to improve understanding of the sources, pathways and trends of plastic pollution in marine and coastal environments.

Apart from this, CGG in May launched a maritime pollution monitoring solution named SeaScope.
CGG said SeaScope would help a range of offshore industries mitigate risks, respond quickly to events, and support their environmental and operational transparency measures.

The solution was developed with the support of the European Space Agency together with a group of energy companies and emergency response organizations. CGG earlier this year via its Satellite Mapping group completed a high-resolution hydrocarbon seeps study commissioned by the Norwegian Petroleum Directorate (NPD).
The study aimed to increase petroleum system knowledge across a relatively data-poor area of the northern Barents Sea.

First, it entered an agreement to join the Greensand carbon capture and storage (CCS) project in the Danish North Sea. The project entails transporting CO2 by ship to the Nini West reservoir off Denmark, and injecting it via the offshore wellhead platform. The CO2 will be stored in depleted oil and gas sandstone reservoirs 1500m below the seabed, and existing infrastructure will be repurposed from oil and gas production to CO2 injection. Magseis Renewables will provide its OBN technology and imaging solutions to contribute to the development of CCS monitoring technologies.
Separately, the company entered two technology pilot projects for carbon capture and storage (CCS) and offshore wind in partnership with TGS.

The first project will use high-resolution 3D seismic acquisition in Norway at a carbon storage area to demonstrate technology for highly detailed imaging of the full section from the seabed to the targeted storage reservoir.
The second project will utilize ultra-high-resolution 3D seismic acquisition in Denmark over an offshore wind farm with known near seabed challenges to demonstrate applying a high-frequency source coupled with TGS' data processing technologies, the partners said. 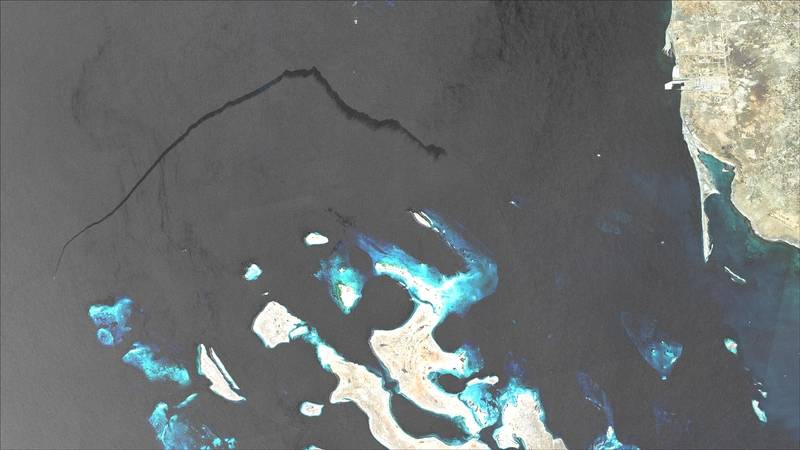 Oslo-listed seismic surveyor Axxis Geo-Solutions recently changed its name to Carbon Transition, reflecting its new strategy. Cabon Transition said it would focus on investing in private companies and have "a goal of positively impacting the value creation of its investments."

As for its seismic business, the company said it would continue going forward but will be subject to requirements for satisfactory rates of return.

"The board of directors considers the new strategy of the company to allow for its current seismic business area to be included in Carbon Transition in such manner for a transition period. Seismic contracts and seismic data library are expected to generate revenues to finance the new strategy.

"It is essential that the costs related to operating this part of Carbon Transition's business are kept low. Over time the objective is to utilize revenue from the node technology and multi-client revenues to new investments within the "energy transition" area," Carbon Transition said in July.

However, while other seismic companies are looking at carbon capture, seabed minerals, space monitoring, offshore wind, Carbon Transition has invested in black pellets.

Namely, the company has invested in Arbaflame AS that has developed a patented technology that enables the production of black pellets from biowaste - called ArbaCore - which can, reportedly, "fully replace coal in coal-fired power plants worldwide," and cut CO2 emissions by around 90% compared to coal.