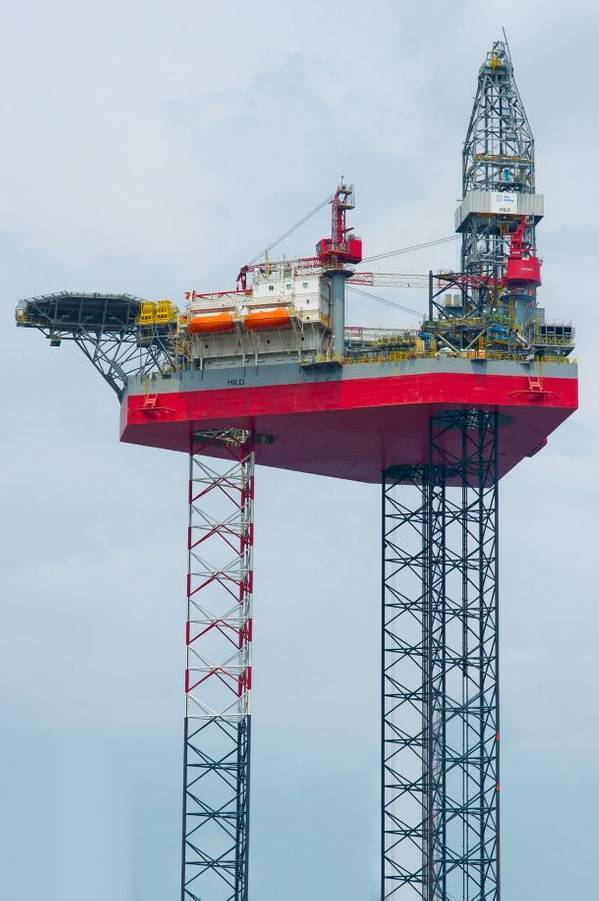 Offshore drilling company Borr Drilling has reached agreements with Keppel and its creditors to defer newbuild rig deliveries, and to defer certain interest payments, respectively, in a move which Borr says will improve its liquidity.

Singapore-based rig builder Keppel and Oslo-listed Borr Drilling have struck a deal to defer the delivery of five newbuild jack-ups rigs until mid-2022. Borr says this represents an estimated liquidity improvement of approximately $190 million until the first quarter of 2022.

Of the five rigs under construction with Keppel in Singapore, three were slated for delivery in by 3Q 2020 and two in 1Q 2021.

Under the new plan, the delivery of one rig will be deferred to 2Q2022 while the remaining four rigs are to be delivered by 3Q2022.

These five jack-up rigs are part of the 11 jack-up rigs ordered by Borr Drilling, six of which have been delivered to date, two of which in 2020 - the Hild and the Heimdal.

The agreement follows the announcement by Borr Drilling in May that it had, in response to the weakening market, entered into discussions with its lenders and shipyards to, among other things, postpone yard commitments, adjust covenants and reduce amortization as well as defer cash interest payment to strengthen its liquidity situation.

Apart from the deal with Keppel, Borr reached agreements with creditors on deferral of certain interest payments until 2022, representing an estimated liquidity improvement of approximately $60 million and a deferral of debt amortization in 2021 of $65 million until maturity of the loans in the second quarter of 2022.

It also reached a deal on the amendment of certain of the financial covenants, including reduction of the minimum liquidity covenant from 3% of net interest-bearing debt, to $5 million with a gradual step-up to $20 million at December 31, 2021, which gives a liquidity improvement of up to $40 million in the period.

After this period the 3% level will be reinstated. As part of the amendments, utilization of the remaining $30 million under our revolving credit facilities require all banks' consent. Amending the minimum book equity ratio from 33.3% to 25% up to and including 31 December 2021, after which the required ratio will be 40%.

Further, an agreement was reached on a suspension of the Debt Service Coverage Ratio covenant of 1.25x until 31 December 2021; on waivers of certain covenants in its ring-fenced financing structure including incremental liquidity from restricted cash.

The amendments provide for payment of certain interest payments originally due at the end of the first quarter of 2020 which had been deferred with lender consent, as well as other amendments to the facilities, Borr said.

Chairman Paal Kibsgaard said: "We are extremely pleased with the support given to the Company by all stakeholders. The amended financing package gives a required cash break-even bareboat contribution in 2021 at only around $20,000/day per rig based on just 12 rigs in operation.

"In addition, the Company has six more rigs activated and available, which it only intends to bring back to work on cashflow accretive contracts. We are also encouraged by the already improving supply-demand outlook for oil, and optimistic that this will lead to a gradual improvement in jack-up drilling activity in the coming year. We furthermore continue to look at additional initiatives to improve liquidity."