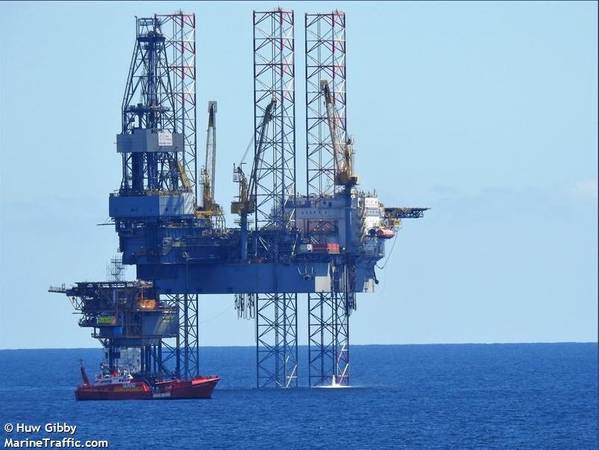 Jack-up drilling contractor Borr Drilling has received early contract terminations for five offshore drilling rigs, and has warned that more terminations might be forthcoming. On the bright side, the company has been awarded letters of award for two premium jack-ups.

In an update on Thursday, Borr said ExxonMobil had sent it notices for early termination of contracts for the rigs "Gerd" and "Groa" which are working in Nigeria under contracts originally committed until April 2021 and May 2021, respectively.

Also, BW Energy has sent Borr Drilling a notice to stop operations for the Norve jack-up working in Gabon. The rig finished operations in early April 2020, around three months before previously estimated. To remind, BW said in March that it wouldn't exercise the options for the two additional exploration wells under the existing rig contract.

Furthermore, Borr Drilling's sole semi-submersible drilling rig MSS1 ended its contract on March 25 one month earlier than previously estimated. The rig is entitled to an early termination fee as per contract provisions, Borr Drilling said, without providing details on the amount receivable.

Related: Offshore Drilling: It’s Going to Get Worse Before It Gets Better

In the North Sea, Prospector 5 jack-up recently completed a campaign with Neptune and has arrived in Harwich. Borr said that the follow-on customer for the rig - Perenco -  elected not to proceed with the previously announced contract for the rig.

The rig is still scheduled to start operation for CNOOC in the North Sea between September and November 2020.

As for the new contract awards, Borr Drilling said it has been awarded LOAs for work in the Asia Pacific region for two of its premium jack-ups, of which one is a newbuild being activated.

The contracts' estimated duration, excluding options, will be for 365 days and 200 days respectively. The rigs are expected to start contracts in the third quarter of 2020. Borr did not say who the clients for these rigs were.

The net impact of the new contracts and the early termination of the existing contracts is estimated to affect the total revenue backlog negatively by approximately USD 16 million.

Related: Offshore Drillers to Lose $3B Due To COVID-19, Low Oil Prices

"Borr Drilling is experiencing the impact of current unprecedented market conditions and the global market reaction to the COVID-19 pandemic, in particular as a result of the practical issues arising from government-imposed travel restrictions, border closures, and quarantines, the company said.

"Some of our customers are unable to continue safe operations in the current circumstances, are experiencing difficulties in their respective supply chains and have announced cost-saving initiatives.  Further, a number of customers have contractual rights in place to suspend operations in certain circumstances, and we could be subject to further suspension notices in light of market conditions," Borr said.

"At this stage, the company cannot predict with reasonable accuracy the duration of such suspensions if exercised or the impact on the company," it added.