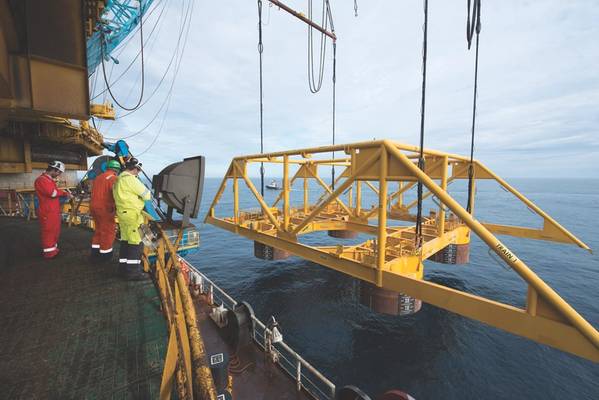 ...but not without a few global challenges

Ahead of this year’s Underwater Technology Conference (UTC) in Bergen, Elaine Maslin spoke with key members of the program committee to hear their thoughts on the state of the nation.

From its humble beginnings in the offshore oil and gas industry, just 50 years ago, Norway has become a front-runner in subsea technology development.

While through its early years, it leaned on expertise from Houston, it now supplies technology to the world. Yet, there are major changes coming within the industry driven by global trends. In the short term, there’s been a welcome increase in activity following four long years in a downturn characterized by job losses, unrelentless cost efficiency and standardization. As it comes out of the downturn, the industry is re-shaping itself, into a cleaner more remote operated, automated business. At the same time, climate change and its implications are now discussed on a daily basis – the pressure is on.

The subsea industry has a history when it comes to being able to adapt. It’s familiar territory for UTC, which has now tackled the industry’s challenges for 25 years. From June 11-13 in Bergen, Norway, under the theme, “Subsea and beyond – The power to transform”, UTC is set to discuss the current environment we’re in, including energy transition, the increasing role of gas and the development of ocean renewable technologies, as well as to how to make the industry attractive to coming generations.

UTC program committee member Bjørn Kåre Viken, who is also Vice President of Projects and Technology Collaboration in Equinor Research and Technology, says, “The downturn has really made some scars. International oil companies are, in general, investing in smaller projects than they were five-six years ago, and they are really considering the bottom line,” says Viken. “But, there is more optimism.”

However, “there are also already signs of cost creep,” says Viken. Indeed, according to analysts at Rystad, costs are increasing for subsea umbilicals, risers and flowlines (SURF) products. A contract in 2018, similar the 2017 engineering, procurement, construction and installation (EPCI) contract for 150 kilometers of 30-inch flowline for the Zohr project off Egypt, cost $300 million more, said the firm recently. 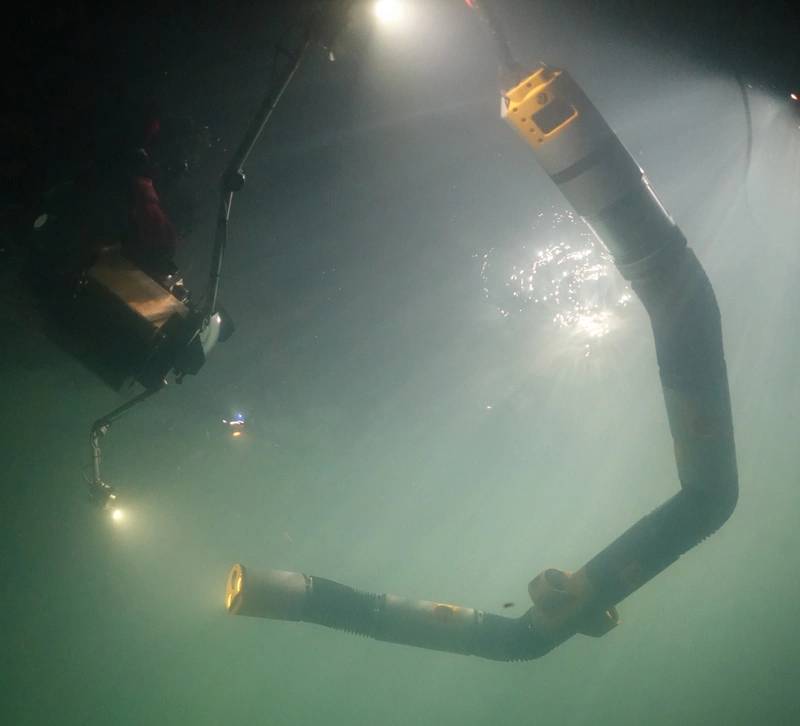 Cost creep
It’s a concern for the subsea industry. Cost has very much been on Equinor’s agenda even before the oil price crashed. Viken was head of subsea at what was then Statoil between 2007-2010. “Then, subsea was replacing platforms,” he says. “There was, in general, a high activity with continuous technology development and innovation.” But then, up to 2014, costs grew out of proportion, and when the oil price crash came in early 2015, the tables were turned. Equinor started to look at alternatives to subsea, such as the “wellhead on a stick,” which we now see borne out in the Vestflanken (West Flank) development on the Norwegian continental shelf (NCS). These moves were high on the agenda at previous UTCs; the industry took note. “That was turning out to be a competitor to subsea trees and that gave a strong signal to the subsea industry. That’s not to say that subsea isn’t a choice. It’s a key part of the toolbox; it just faces competition from other ways of doing things,” adds Viken.

Subsea processing is one area becoming increasingly viable. The industry has made huge leaps by installing subsea gas and multiphase compressors on the seafloor, at Åsgard and Gullfaks, in recent years. But, “it’s important for the industry, going forward, to better industrialize, standardize and simplify these, in order to keep the costs down,” says Viken.

Still standardizing
Standardization is a key mantra for Equinor for existing and future technologies. It’s developing an open standard for its underwater drone recharging station so that all vehicle vendors and all operators can use it. It’s also keen to make sure future all-electric subsea systems are standardized. While all-electric – another common topic at UTC – is still on the horizon, albeit closer than ever before, operators are working together on joint specifications for it. “We want to reach an early industry standard from day one,” says Viken. “In the past, we have wasted a lot on all these [non-standard] interfaces and ‘black boxes’. We want to avoid that happening with all-electric. This electrification of Xmas trees, also blowout preventer perhaps later, is representing a reduction in cost because it’s cheaper to build and operate. But through testing it needs to prove it’s 100% reliable and I am convinced that the industry will respond on that.” 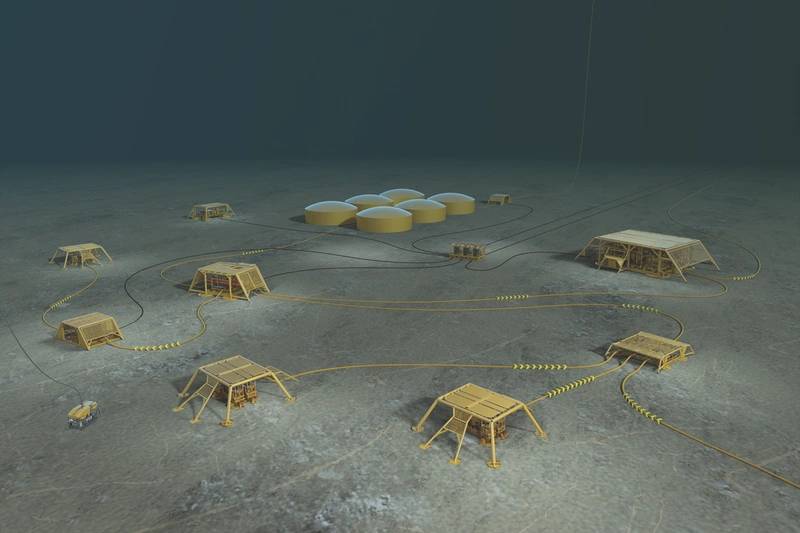 The energy transition
“While costs and future standards must be controlled, the industry also needs to adapt further toward the energy transition and climate change,” adds Viken. It’s a theme rising on the broader industry agenda. “Greta Thunberg (the Swedish teenage climate activist) has started something that we as an industry need to pay attention to,” says Viken. “In Equinor, we fully accept being a part of the problem, when it comes to emissions. But, we definitely want to be part of finding the solution to it as well.”

“At Equinor, we are investing a lot in new energy and we have many exciting initiatives ongoing. At the same time we also need to keep on track with producing oil and gas with as low carbon dioxide (CO2) emission footprint as possible.” Today, Equinor is the oil company with lowest CO2 footprint per barrel produced, and it takes a lot of effort to keep this position, he says. “That’s a position we want to keep, and I am sure we will,” says Viken. “One of the ways to obtain this is by doing more remote operations and to implement digital solutions,” he says; digitalization, automation and use of robotics. Another way Equinor is working to reduce its carbon footprint in the oil and gas business is by developing floating wind energy parks to provide power for offshore production facilities – a topic on this year’s UTC agenda. Remotely operated subsea factories and/or unmanned facilities will also support this goal, as well as reducing risk and operational costs.

“For example, by introducing CO2 taxes on a global scale, these kinds of developments would highly benefit and could drive our industry into a direction with significantly lower carbon footprint. As an industry we need to respond and adapt, and subsea equipment will continue to play an important role,” says Viken.

A changing skills set
The changing operating paradigm in the industry – to more remote, digitalized operations – could also alleviate concerns there will be skills shortages as activity picks up, Viken suggests. With the digital revolution happening, he says there will also be different types of skills needed. “And those skills are definitely available,” he says. “Unmanned installations, onshore operation centers and updating existing fields require a lot of digital capability and competency. This opens a new chapter for our industry,” he says. “I believe we are going toward lean, smaller operations, taking advantage of digital technology and remote operations – subsea and unmanned – from onshore.”

As well as changing their internal skills set, companies should look outside their traditional business areas for other “legs to stand on,” says Owe Hagesæther, chief executive at GCE Ocean Technology, co-host of UTC, so that they’re sustainable in the long term, both locally and in the global market place. “Contractors and suppliers need to prepare themselves for hard competition and try to establish new related markets for themselves, such as in offshore wind, so that they have more than one leg to stand on.” Subsea mining is another area companies could look to, says Crome. In fact, TechnipFMC is a member of the Norwegian Forum for Marine Mining, alongside UTC co-host GCE Ocean Technology, Equinor, DNV GL, NTNU, the University of Bergen and Swire Seabed.

Companies could also look at alternative business models, as some such as CCB Subsea have already done, establishing service rental models, and working with smaller nimbler companies, such as Aker Solutions working with FSubsea, says Hagesæther.

Technip and FMC’s joint venture Forsys, which led to the two business’ merger, and the iEPCI (integrated engineering, procurement, construction and installation) offering is another example. Crome says: “We launched iEPCI about three years ago through the Forsys joint venture, and it’s taken off, in many ways more than expected. It has its appeal to all different sizes of operator.” It’s an enabler for small operators, but it’s also been popular with larger players he says, because it means they can retain smaller project teams when the upturn comes.

TechnipFMC also has its different legs to stand on, to ride out the bumps: an onshore and offshore division working on major platforms and facilities; shale through its surface division; and then also subsea, Crome points out.

If companies can maintain their edge through new models and markets, their real strength – and UTC’s core – subsea technology will have future markets. Indeed, while the NCS is on most of their doorsteps, there’s are huge possibilities ahead in growing but also challenging markets such as Brazil, says Hagesæther. “There are new operators in Brazil, in addition to Petrobras, the market is opening up and it’s being to be an exciting opportunity for the Norwegian supply chain,” he says.

Program Committee Chairman Jon Arve Sværen challenges companies to question where they sit in this complex environment. “Where are you placed in the future energy mix? What can your company do in this perspective? What are you doing to promote the industry, to attract the best talent? These are the questions companies should be asking. We are not going to have all the answers, but we will have these topics on the UTC agenda and we will contribute to developing philosophies and strategies to help you find the answers.”

Prominent speakers from companies including BP, Shell and Equinor, alongside Norwegian Prime Minister Erna Solberg, will be among those offering their perspectives and discussing these topics at this year’s UTC, alongside the extensive parallel technical sessions, exhibition and networking opportunities.

UTC is co-hosted by the Underwater Technology Foundation (UTF) and GCE Ocean Technology, supported by the City of Bergen, with organizing partners the Society of Petroleum Engineering (SPE) and the Society of Underwater technology (SUT). To find out more about this year’s program, visit https://www.utc.no/program