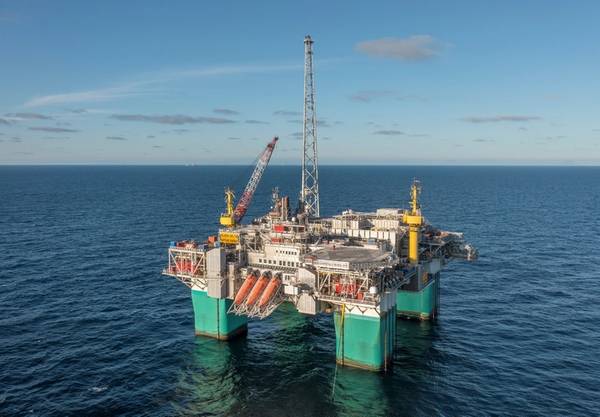 Oil and gas company Neptune Energy said Wednesday that output from its Gjøa platform offshore Norway had increased by two million barrels of oil equivalents (boe) from 2020 to 2021.

The increased production from the North Sea floater was due mainly to production start-up from the Gjøa P1 infill development in February and the Duva field tie-back in August.

In addition, Neptune said, production from the tie-back field Vega, operated by Wintershall Dea, and the Gjøa field itself, has been better than expected. Estimated reserves on the Gjøa field have increased by 38% since the Plan for Development and Production was approved in 2007.

Neptune Energy’s Head of Operations in Norway, Martin Borthne, said: “Our ambition to develop the Gjøa platform into a host facility and a hub for nearby discoveries has succeeded. This has not only prolonged the life of the Gjøa platform itself, but has resulted in far higher value creation than expected at start-up. Successful utilization of the Gjøa infrastructure as a hub is further seen as a critical enabler for continued exploration and development in this part of the North Sea.”

Borthne added: “This year we expect to bring on stream a fourth tie-in field to the Gjøa facilities - Wintershall Dea’s Nova field. In addition, we plan to drill two exploration wells in the area and continue to mature other nearby discoveries and exploration opportunities as tie-in candidates. We have high expectations that the Gjøa hub will be in operation to 2040 and continue to create value in this area of the North Sea for many years to come.”

Neptune also said that, with the platform being electrified with hydropower from shore, carbon emissions from the Gjøa platform are 3kg CO2/boe, which, per the company, is less than half the average on the Norwegian Continental Shelf.