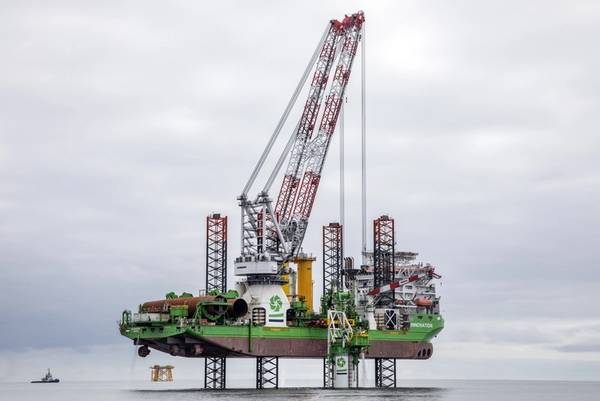 Belgian offshore installation firm DEME Offshore has confirmed that the installation of foundations at the Saint-Nazaire offshore wind farm in France has reached a halfway point.

The news follows DEME Offshore's previous announcement regarding the delivery of the Saint-Nazaire offshore substation in August.

In 2019, a consortium including DEME Offshore and Eiffage Métal was awarded the EPCI contract for 80 foundations for the French wind farm. The scope included the design, fabrication, transportation, and installation of the steel foundations.

The 480 MW Saint-Nazaire offshore wind farm, owned by EDF Renewables and Enbridge, will be located between 12 km and 20 km off the coast of the Guérande peninsula in western France.

As the XL-monopile foundations had to be installed on a difficult rocky seabed, DEME and Herrenknecht built a tailormade subsea drill specifically for the project.

Also, the company has deployed a wave protection system called MODIGA to reduce its exposure to the long marine Atlantic swell and enhance its marine operational working time, during monopile drilling, installation and grouting operations.

DEME Offshore has previously said that the foundation installation works at the Saint Nazaire site could be completed in the summer of 2022. 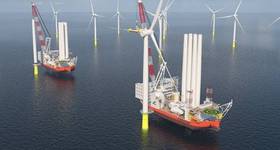