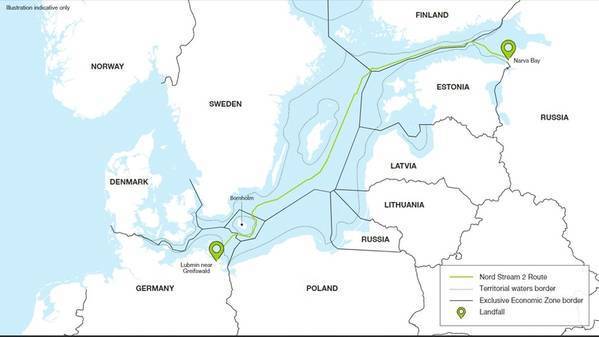 France will not put pressure on Germany about its plans for the Nord Stream 2 pipeline to pump more Russian gas to Europe, Foreign Minister Jean-Yves Le Drian said on Wednesday.

A junior French minister said this week that Europe should consider halting the project over Russia's actions towards Kremlin critic Alexei Navalny and the jailing of his supporters. Moscow jailed Navalny on Tuesday, after those remarks.

Chancellor Angela Merkel and other German politicians have continued to back the pipeline, and Le Drian said on Wednesday it was not for Paris to meddle in Berlin's choices.

"We shouldn't mix up subjects," Le Drian told Europe 1 radio when asked whether Nord Stream 2 should be scrapped. "We have discussions with the Germans on Nord Stream, but that's related mostly to European energy sovereignty."

"It's up to the Germans. I'm not going to meddle in Germany's energy choices."

Commenting on the jailing of Navalny, Le Drian said Russia was taking an authoritarian turn and the European Union would consider how to react after its foreign policy chief Josep Borell returned from a trip to Moscow later this week.