Oil Market On Track to Rebalance Around Mid-2021 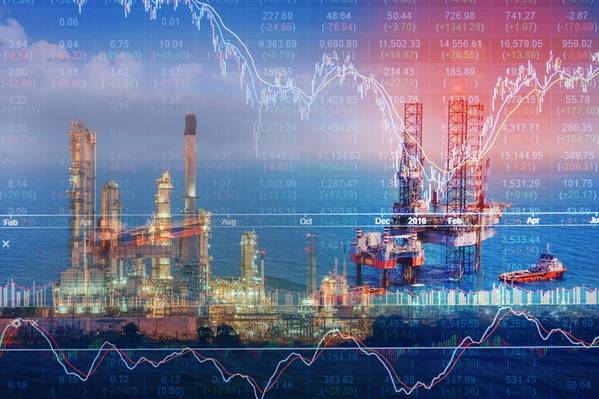 U.S. petroleum inventories have continued to converge down towards the five-year average, a sign that oil market rebalancing remains on track, despite the resurgence of the coronavirus since the end of 2020.

Total stocks of crude oil and products, excluding the strategic petroleum reserve, fell by 12 million barrels last week and are down by 130 million barrels since the middle of 2020.

Stocks have fallen in 24 out of the last 30 weeks, according to data from the U.S. Energy Information Administration.

As a result, petroleum inventories are now 6% above the pre-pandemic five-year average for 2015-2019, down from a surplus of 14% at the end of June.

Gasoline stocks are now almost exactly in line with the pre-epidemic five-year average, and while distillates are still in a surplus of 10%, that has fallen from almost 30% last June.

Crucially, the volume of distillate supplied to the domestic market, a proxy for consumption, is running above the pre-pandemic five-year average, which is keeping downward pressure on stocks of diesel and heating oil.

U.S. refineries continue to restrict crude processing, with rates 8% below the pre-pandemic average compared to a drop in product consumption of just 4% versus the 2015-2019 average.

Restricted processing volumes have ensured product stocks continue to fall, even as the number of virus infections has risen again since the start of the fourth quarter.

But with a smaller surplus in distillates, refiners are no longer having to maximize gasoline output at the expense of diesel, and the yield ratio between middle and light distillates has returned to normal.

Gasoline inventories have normalized. Distillate inventories should return to normal by the end of the first quarter.

Crude stocks remain elevated but the surplus should be eliminated by the end of the second quarter or early in the third, provided OPEC+ and U.S. shale producers continue to restrict their production.