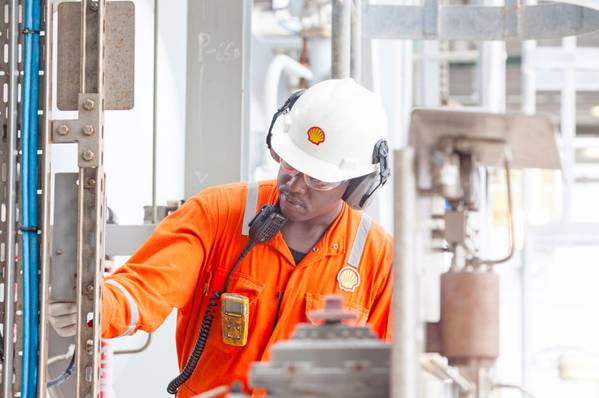 Oil and gas giant Shell, which has been increasingly getting involved in renewables, has said it has partnered up with tech giant Microsoft "to support progress towards a world with net-zero emissions."

As part of the strategic agreement signed between the two companies, Shell will supply Microsoft with renewable energy, helping Microsoft to meet its commitment to having a 100% supply of renewable energy by 2025.

Further, two companies will continue working together on artificial intelligence (AI), which, according to the statement on Tuesday, has already driven transformation across Shell's operations through access to real-time data insights, contributing to worker and onsite safety, and delivering efficiencies that have helped reduce Shell's carbon emissions.

Real-Time Production Optimisation has been shared as an example of a successful deployment of the AI, as this has shown potential to reduce CO2 emissions in Shell's liquefied natural gas (LNG) operations.

According to a statement on Tuesday, the strategic alliance would support Shell's ambition to be a net-zero emissions energy business by 2050 "or sooner," and would also help Microsoft deliver on its renewable energy supply goals and its broader ambition to be carbon negative by 2050.

"Microsoft and Shell both have rich histories of innovation and bold ambitions to decarbonize," said Huibert Vigeveno, Downstream Director of Shell. "We are proud of the work we have already done together. Our strategic alliance will enable us to push the boundaries of what can be achieved. We believe we can unlock tremendous progress for Shell, Microsoft, our customers, and beyond."

"We are building on our work with Shell by establishing a deeper alliance to further accelerate innovation in support of decarbonization and energy industry transition," said Judson Althoff, executive vice president of Microsoft's Worldwide Commercial Business. "Cross-industry collaborations like this are fundamental to help society reach net-zero emissions by 2050, and digital transformation is key to tackling this important issue, within the energy sector and beyond."

As part of the alliance, the two companies said they'd work new digital tools so Shell can offer its suppliers and customers support in reducing their carbon footprints. Also, the cooperation will also include work on sustainable aviation fuels.

Worth noting, this is the second Microsoft's team up with an oil major in the past week, when it comes to energy transition and decarbonization efforts.

Mircosoft last week said it had entered into a partership with BP to work together to develop new technology innovations and digital solutions to help meet their sustainability aims, including reducing energy use and carbon emissions.

BP has recently announced a major shift in its strategy as it plans to increase its low-carbon spending to $5 billion a year by 2030 and raise its renewable power generation to 50 gigawatts (GW) while decreasing oil and gas output by 40% compared with 2019.

Earlier this month, the company entered its first offshore wind project, by buying into Equinor's offshore wind business in the U.S. for $1.1 billion.

As part of cooperation with Microsoft, similar to Shell's partnership, BP has committed to supply Microsoft with renewable energy accross continents to help meet the company’s 100% renewable energy goal by 2025, and also advance its own net zero carbon goals.

“BP is determined to get to net zero and to help the world do the same. No one can do it alone – partnerships with leading companies like Microsoft, with aligned ambitions, is going to be key to achieving this,” said William Lin, BP executive vice president for regions, cities and solutions. “By bringing our complementary skills and experience together, we are not only helping each other achieve our decarbonization ambitions but also creating opportunities to support others on their journey towards reducing carbon emissions.”

The two companies have signed a memorandum of understanding which includes cooperation in the space of Smart and clean cities; Clean energy parks, Carbon Capture and Storage, consumer energy, Industrial Internet of Things (IoT) solutions, etc.