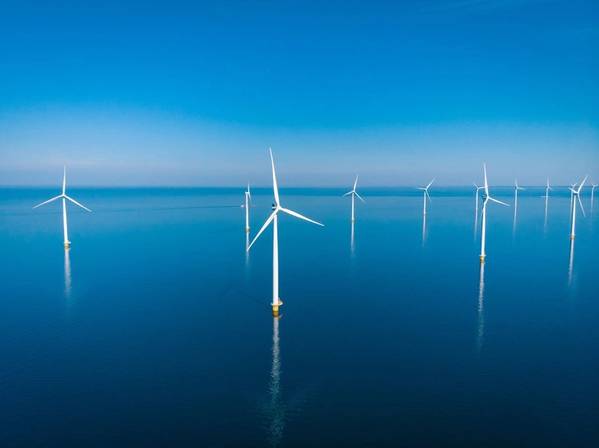 CrossWind, a joint venture Shell and Eneco, has won the tender for the subsidy-free offshore wind farm Hollandse Kust (Noord) in the Netherlands.

The consortium plans to have Hollandse Kust (Noord) operational in 2023 with an installed capacity of 759 MW, generating at least 3.3 TWh per year.

"This is enough renewable power to supply more than 1 million Dutch households with green electricity. The wind farm will be located 18.5 kilometers off the coast of The Netherlands near the town of Egmond aan Zee," the CrossWind said.

Hollandse Kust (Noord) Wind Farm Zone is located 18.5 kilometers off the west coast of the Netherlands. The total surface area of the Wind Farm Site within this zone (including maintenance and safety zones within the WFS) is approximately 125 km².

With the aim of tackling the effect of intermittency in the production of electricity from offshore wind farms, the Hollandse Kust (Noord) wind farm will include the five technology demonstrations that could be implemented at full-scale in the future.

This will include a floating solar park; short-term battery storage; turbines that are optimally tuned to the network to minimize the negative ‘wake’-effects that wind turbines have on each other; ‘green hydrogen’ made by electrolysis as a further storage technique and the combination of these individual measures to ensure a continuous power supply regardless of the wind situation.

"Working together is crucial for the transition to a cleaner energy system across Europe and within each country. For this reason, the CrossWind team intends to work closely with universities and scientific institutions to develop further technical innovations. We intend to share the lessons learned from developing this wind farm with a broad audience – varying from the academic world to the general public," CrossWind said.

Maarten Wetselaar, Director of Shell Integrated Gas and New Energies, said: “We are proud to realize Hollandse Kust (noord) together with our joint venture partner, Eneco. Offshore wind will play a pivotal role in the worldwide energy transition. It will also be another important next step in our ambition to become a net-zero emissions energy business by 2050 or sooner, in step with society. This wind farm is a crucial part of a new value chain – from wind to hydrogen – with our ambition to build a green hydrogen plant in Rotterdam and with NortH2. This investment fits very well with Shell’s aspirations to competitively deliver more and cleaner energy to our customers, at home, on the go, and at work.”

Kees-Jan Rameau, Chief Strategic Growth Officer Eneco, adds: “We are pleased that we, together with our trusted partners, are making another major contribution to the Dutch energy transition. We are using our combined experience, expertise and financial capacity for the rapid realization of the first offshore innovative wind farm focused on system integration. The sustainable, locally generated energy will make an important contribution to our ambition to support every household and company in the Netherlands to switch to a sustainable and clean energy supply.”

The Dutch Government had previously it had received several applications for the subsidy-free tender Hollandse Kust Noord wind farm development. It, on May 1, said it would assess the applications and adding it expected to "announce the winner of the permit within 13 weeks."

It on Wednesday revealed that the bids submitted were from Shell-Eneco JV CrossWind and from Orsted's Blue Champion.

According to the Netherlands Wind Energy Association (NWEA), there are currently wind farms in the Dutch North Sea with a total capacity of approximately 1 Gigawatt (GW).