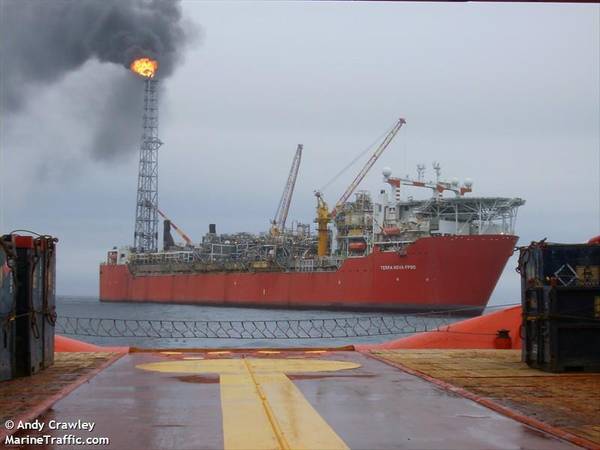 Canadian oil operator Suncor has moved its Terra Nova FPSO and docked it shoreside in Newfoundland after its planned drydock in Spain was canceled due to the COVID-19 outbreak.

Suncor and its partners in the Terra Nova field in the Atlantic Ocean off Canada, last year sanctioned the Terra Nova Asset Life Extension (ALE) project – aimed at extending the production life and capture approximately 80 million barrels of oil.

Under the plan, the field, located about 350 kilometers (220 mi) east off the coast of Newfoundland, Canada, was to go offline six to seven months in 2020, with FPSO planned to sail to a dry dock facility in Spain to undergo upgrades.

Suncor in May said it was assessing alternative options for the Terra Nova Asset Life Extension, "as Spain is no longer able to accommodate the planned dry dock work due to that country’s COVID‑19 response."

In an update on Wednesday, Suncor said that the decision was made to disconnect the Terra Nova FPSO and dock it shoreside in Newfoundland.

"Suncor is currently evaluating alternate options for a return to operations and the Terra Nova Asset Life Extension project," the company said. 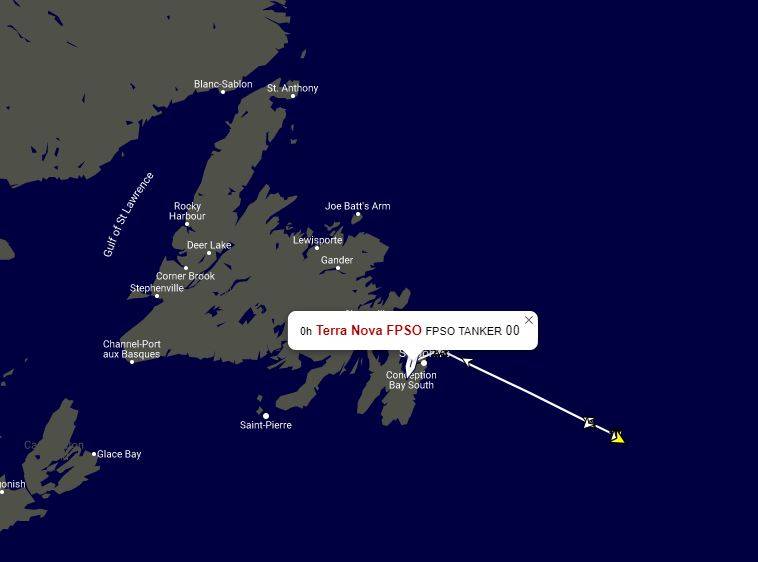 The FPSO was recently moved from its offshore location to the Conception Bay at St. John's - Map Credit: VesselsValue

Suncor said Wednesday that production volumes for its E&P Canada segment were 62,300 bbls/d in the second quarter of 2020, compared to 61,900 bbls/d in the prior-year quarter.

Offshore safety regulator C-NLOPB in December 2019 ordered a production shutdown at the Terra Nova site, finding Suncor had not been compliant with required inspections and repairs.

Less than two weeks after the shutdown order, a worker was hurt after falling from a ladder while conducting gas testing aboard the same FPSO.

C-NLOPB at the time said it was reviewing incidents "that have recently taken place on facilities operated by Suncor Energy," and that production-related operations would remain suspended on the Terra Nova FPSO and would not resume until Suncor has received regulator approval.

More recently, late in May, a fire broke out aboard the FPSO. Suncor at the time said that onboard were accounted for and safe and that the fire had been extinguished.

The fire had broken out at the Low Pressure (LP) Separator on the Terra Nova FPSO and was then extinguished by water and firefighting foam.