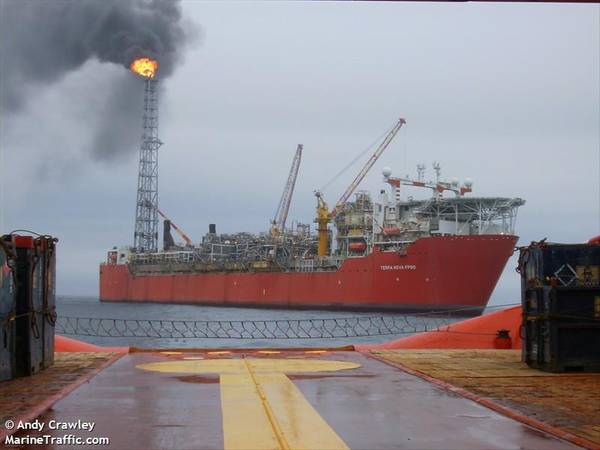 Suncor told C-NLOPB that everyone onboard was accounted for and safe, and that the fire had been extinguished.

"There are no injuries and we await further information from Suncor as to the extent & their assessment of the cause," the C-NLOPB said Saturday. According to a report by CBC, there are 82 people aboard the FPSO.

Per C-NLOPB, there is no gas or crude held onboard the FPSO which has been shut down for maintenance.

"The facility is not producing at this time,” CNLOPB tweeted on May 30.

To remind, C-NLOPB in December 2019 ordered a production shutdown at the Terra Nova site,  located around 350 kilometers offshore Newfoundland and Labrador, finding the company was not compliant with required inspections and repairs.

Less than two weeks after the shutdown order, a worker was hurt after falling from a ladder while conducting gas testing aboard the same FPSO.

C-NLOPB at the time said it was reviewing incidents "that have recently taken place on facilities operated by Suncor Energy," and that production-related operations would remain suspended on the Terra Nova FPSO and would not resume until Suncor has received regulator approval.

Under the plan, the field was to go offline six to seven months in 2020, with FPSO planned to sail to a dry dock facility in Spain to undergo upgrades.

However, Suncor in May 2020 said it was evaluating alternate options for the Terra Nova Asset Life Extension, "as Spain is no longer able to accommodate the planned dry dock work due to that country’s COVID‑19 response."