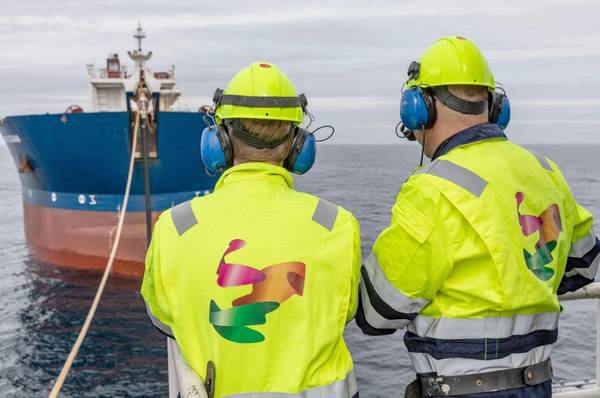 Pretax profit fell to $151 million from $249 million a year earlier but beat a forecast of $91.3 million in a Refinitiv poll of analysts, said the company, which is jointly controlled by BP Plc and investment firm Aker ASA.

Aker BP, which has a stake in Norway's giant Johan Sverdrup oilfield, repeated its 2020 production guidance of 205,000-220,000 barrels of oil equivalents per day.

The company took an impairment charge of $654 million in the first quarter as oil prices crashed, resulting in a pretax loss of $414 million. Due to a rise in oil prices, it reversed $136 million of that impairment in the second quarter.

Brent futures have more than doubled since April to $41.80 a barrel on Tuesday, but were still well below of more than $70 a barrel at the start of the year.

Aker BP also reversed some of capital spending cuts it announced in March after reviving the Hod field redevelopment project and adding $150 million to its 2020 capital spending, which is now seen at $1.35 billion.

The project was revived after the Norwegian parliament approved tax incentives to help the oil industry to continue investments and preserve jobs in the country's key industry.

The company, 30% owned by BP, reported record-high quarterly output of 209,800 barrels of oil equivalent per day (boepd) in April through June.

Aker BP repeated its plan to pay $425 million in dividends for the full year, down from an original plan of $850 million.

The company said its operations have not been disrupted by the COVID-19 pandemic, and that Johan Sverdrup Phase 2 development was proceeding as planned.