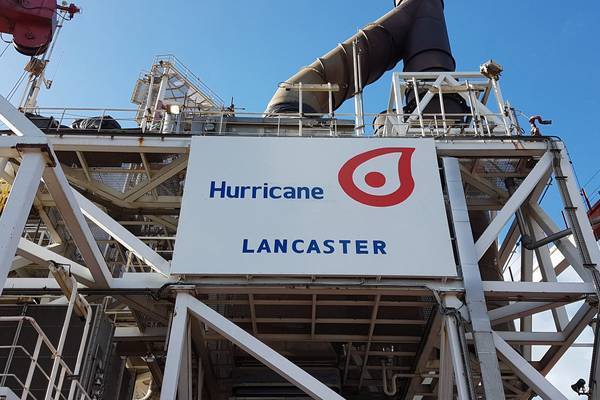 Hurricane Energy has shut down an offshore well at its Lancaster field in the UK as its testing to produce oil simultaneously from two wells with the aim to reach 20,000 bopd proved unsuccessful. As a result, Hurricane has backtracked on its 2020 output guidance of net 17,000 bopd.

"Achieving this target rate [20,000 bopd] at a sustainable level has not been possible as the impact of increasing production rates resulted in instability in the flow regime on the 205/21a-7Z well as a result of interference between the wells," Hurricane said.

Hurricane Energy has now shut-in the 205/21a-7Z well for the time being and has decided to return to a period of testing maximum sustainable rates from just the 205/21a-6 well.

"The company plans to increase this rate incrementally, to determine its maximum sustainable level. This process will result in a period of production substantially below forward guidance of net 18,000 bopd and Hurricane is, therefore, suspending previous full-year guidance of net 17,000 bopd. Production has averaged 15,500 bopd year to date," Hurricane said.

Robert Trice, Chief Executive of Hurricane, commented: "The results of the recent testing of the Lancaster EPS wells at elevated combined production rates are disappointing and the degree of interference encountered is unexpected.

"Whilst the wells show high productivity individually, their proximity and associated interference behavior require further data acquisition before the Company can be confident about optimum long-term well rates. This latest development reinforces that. This data acquisition process continues, and further updates will be provided once we have determined our target plateau production rate with the existing well configuration."

The company's share price was down 47.95% at the time of writing on Friday morning CET.

Equinor Gets Green Light to Use Odfjell Rig for Gullfaks Drilling