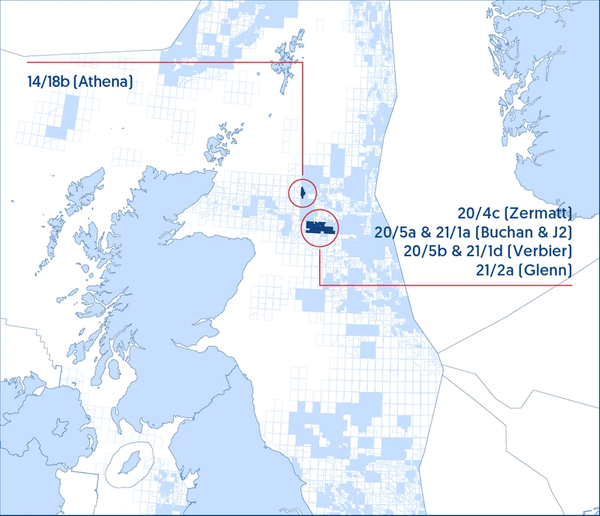 A project to create a new “21st century” electrified oil production hub in the UK North Sea was unveiled Tuesday (February 11) reflecting a convergence of efforts to unlock marginal fields and decarbonize the offshore hydrocarbon industry.

The Greater Buchan Area plan would see multiple fields over many reservoirs, owned by half a dozen companies brought together under one development which could be electrified, using power from shore or nearby wind turbines. Electrification would eliminate the need for emissions-heavy gas turbines offshore, and simplify maintenance.

David Larcombe, Engineering and Commercial Manager for Jersey Oil & Gas (JOG), which is leading the Outer Moray project, said that JOG was in concept select phase and that the partners were looking to progress to front end engineering and design next year with first oil targeted for 2025.

The Buchan field first came online in 1981 using the Buchan Alpha floating facility, which was on station for around 36 years.

The semi-submersible the platform was shut-in in 2017 due to the facility failing a safety case, said Larcombe, who was speaking about the project at Subsea Expo in Aberdeen. That means there’s still oil left in Buchan, as well as in nearby fields.

Larcombe says that Buchan alone still contains some 82 MMboe and that the area contains some 300 MMbbl. However, the characteristics of the various reservoirs meant subsea tiebacks to any remotely near infrastructure would be difficult, said Larcombe.

(The article continues below the photo) 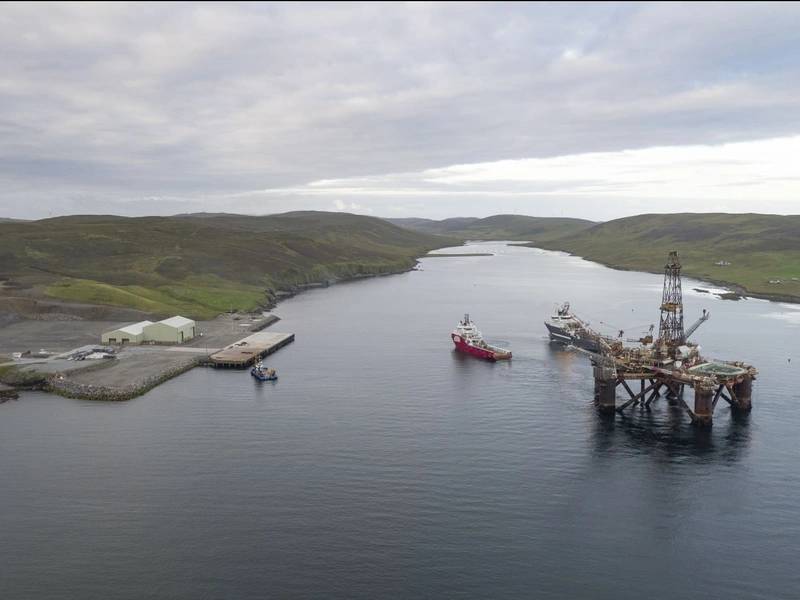 “The vision is to create a hub development with a standalone facility,” he said. For the electric power, Larcombe said JOG thinks power from shore is the most viable option.

“It's not new but the cost is significant and could be an impediment. With a collaborative approach and capital sharing, it could be put in place and distributed to other installations in the central North Sea,” he said.

An area plan, bringing together various operators, was promoted by the UK’s regulator, the Oil & Gas Authority (OGA), which offered a package of licenses in its 31t supplementary round.

JOG, in partnership with a string of other companies, picked up that license last year. 3D seismic data was acquired over the area in 2018 and processing is ongoing.

The challenge is that the fields have different owners, which each has its own economic hurdles and drivers.

“Right now, we are in discussion with each one to facilitate the development,” said Larcombe. “It’s in the concept select phase. We are trying to challenge convention,” he added.

“We are starting with a blank sheet and challenging the designs that have served us so well for so many years.”

Others looking at electrification too

Last month, JOG agreed to (re)acquire Equinor's 70% stake in the Verbier oil discovery, which would also be tied into the Greater Buchan area project. Once through concept select, JOG has said it would look to farm-out the project to help it progress the plan.

The event also heard from Laurent Parra, from Total, who said that Total was also considering electrification of the Elgin/Franklin hub.

In another session, Jeremy Summers from Atkins outlined a study he had been involved in considering the electrification of fields in the central North Sea.

Various options were considered and the most viable was seen as a 200km HVDC cable from shore, he said, helping to decarbonize the offshore facilities.

However, it would also mean building a 3,000-tonne topside transformer station offshore, to enable the DC power to be converted to AC and stepped down to the power requirements of the platforms.