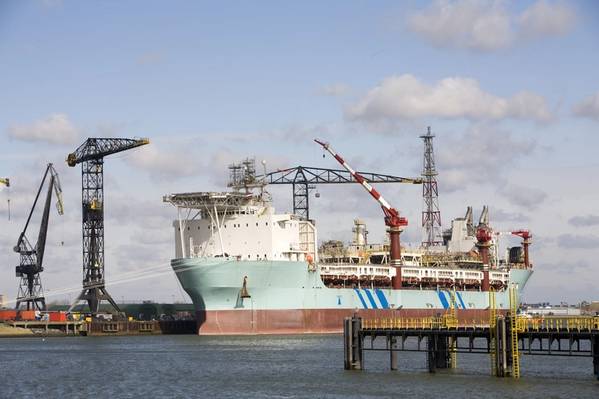 2020 will be a peak year for floating production, storage and offloading unit (FPSO) demand with up to 14 awards forecast in Wood Mackenzie’s base case scenario, half of which will be located offshore Latin America. Only two of these facilities are expected to be Petrobras units; a result of the increasing number of international oil companies (IOC) and independent operators entering the regional market, led by ExxonMobil offshore Guyana.

Indeed, from an operator perspective, while 2019 was a year for Petrobras, 2020 is looking to be a year for the independent. Although Petrobras and Shell lead the award forecast; anticipated to award two FPSOs each during the year, 50% of the global award forecast will be attributable to independent operators. A number of these are delayed projects that haven’t quite got financing over the line. This also highlights an important point; project financing for Independents is often not the smooth running as experienced by IOCs, and with so many independent-operated projects in the market for FPSOs we may yet see more delays to final investment decisions (FID). At the same time however, independent operators often favor leased redeployed units, taking less time at yard than a standard very large crude carrier (VLCC) conversion. At a time where we see growing supply-side concerns, the utilization of redeployed leased facilities will help to ease market pressure. Key Independent-operated FPSO awards expected for award in 2020 include the delayed Sea Lion and Neon, Atlanta and Cambo, with all but the Siccar Point-operated project and Sea Lion expected to be converted units. 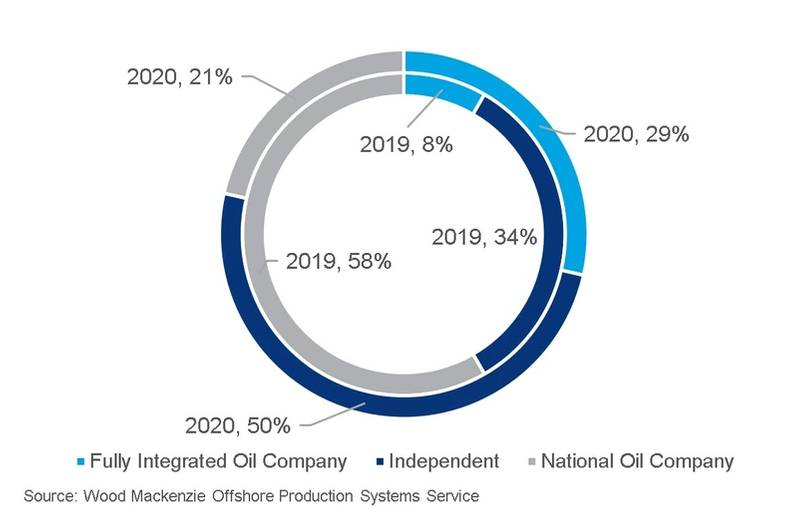 In terms of lease contractors, Modec and SBM Offshore continue to lead. With an increasing number of awards on the table, there has also been room for smaller players. May 2019 saw Bumi Armada, alongside partner Shapoorji Pallonji Oil and Gas secure the contract with ONGC for a 90,000-barrel-per-day (bbl/d) facility on the KG-DWN-98/2 field; the contract is for a firm nine-years with a dayrate of $745,000. 2019 also saw Malaysian contractor Yinson expand its global operations, entering the Brazilian market with the win of the Marlim Revitalisation 2 FPSO; a 70,000 bbl/d facility with installation scheduled for 2023. Yinson has also emerged as the sole bidder for Petrobras’ New Jubarte FPSO with the national oil company (NOC) expected to reach a final decision on the floater in the coming months. Questions remain however if the regional market entrant has the capacity for both the Marlim Revitalisation 2 and New Jubarte FPSOs.

For 2020, leased FPSOs will continue to hold the largest share of the market. We will also see the continuing rise of standardized newbuild concepts. SBM continues to sanction Fast4Ward FPSOs with Chinese yards Shanghai Waigaoqiao Shipbuilding (SWS) and China Merchants Industry Holiding (CMIH), with the latest hull expected to be a candidate for Petrobras’ Mero 3 development. This speculative FPSO construction is something not seen since before the 2008 downturn and highlights the contractor’s confidence in its standardized concept. Rival Modec launched its newbuild FPSO concept Noah in August 2019. Focusing on adaptability, the aim of the Noah concept is to maximize the lifecycle value that each FPSO can provide to clients.

BW Offshore will also feature during 2020. It is the contractor of choice for Premier’s Sea Lion, having secured the FPSO’s front-end engineering and design (FEED) contract in 2018. The facility’s design is to be based on the operator’s Catcher FPSO. In July 2019, alongside SBM Offshore, Modec and Saipem, BW Offshore was invited to tender for Shell’s Gato do Mato FPSO, while the contractor also continues to pursue the development of the Maromba heavy oil field, Brazil, where it plans to redeploy the Berge Helene FPSO.

With a surge in awards forecast through 2020, day rate increases are likely.  Seeing cost increases on the horizon, operators are expected to keep the initial scope of tenders broad. This approach enables the operator to weigh up competing leased and new build bids on an individual basis, rather than maintaining a contracting strategy across all FPSO projects.  We have seen this for example in Gato do Mato and the recently awarded Barossa FPSO.

Alongside increased award activity concerns over supply-side constraints have been emerging. Operators and contractors have been forming new alliances, with leading FPSO contractors Modec and SBM firming up relationships with Chinese yards Dalian Shipbuilding Industry Corporation (DSIC), SWS and CMHI. Indeed, Chinese yards have fast become the go-to choice for standardized concepts, while COSCO also maintains a strong backlog.  In contrast, South Korean yards have faced a challenging few years, but with the award of the Dhirubhai-55 FPSO to Samsung in 2019 and with some more complex floating platform developments on the horizon, there may be more positive times to come for South Korean yards beyond 2020. 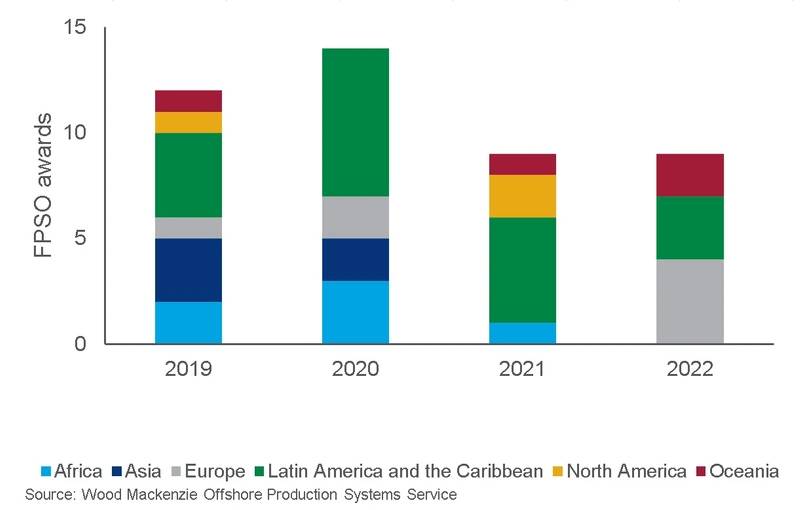 Awards to watch out for in 2020: FPSO award forecast (base case)

Cambo
The Siccar-Point development is expected to utilize a newbuild cylindrical FPSO, capable of processing 60,000bbl/d. With Sembcorp Marine acquiring interest in Sevan Marine, the manufacturer is in prime position for engineering, procurement, construction and installation (EPCI) award. Sembcorp secured the FPSO’s FEED contract in August 2019 and we anticipate FID in the first half of 2020.

Gato do Mato
Shell has faced challenges in attracting bids for the 60,000-90,000bbl/d FPSO. Commercial bids had been due in November, but this has now been pushed back. Award is forecast for 2020, but further delays are a possibility.

Sea Lion
Partners Premier and Rockhopper had aimed for a 2019 FID, but the project has been awaiting senior debt financing. In January of this year it was confirmed that Navitas Petroleum will farm into the Sea Lion project, acquiring a 30% working interest in licenses PL032, PL004B and PL004C. Now the likelihood of Sea Lion reaching FID this year looks strong.

New Jubarte FPSO (Parque das Baleias)
Petrobras is nearing decision on the project. Yinson emerged as the sole bidder for the FPSO after the consortium of Bluewater and Saipem was disqualified on technical grounds. The FPSO will have a processing capacity of 100,000 bbl/d and 5 million cubic metres per day (mmcm/d) with Wood Mackenzie expecting installation in 2022.