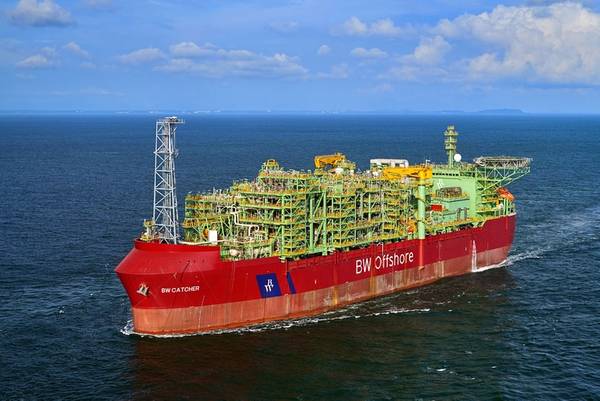 When BW Offshore agreed at the weekend to pay Brazilian oil company Petrobras $90 million for 70 percent of the Maromba field offshore Brazil, the company was launching in earnest a strategy to buffer itself from lulls in spending on floating production storage and offloading vessels (FPSO).

With the FPSO market poised for a rebound, the timing couldn’t be better.

Maromba lies in 160 meters of water of the prolific Campos Basin. The field is said to hold up to 150 million barrels of 16 API, low-sulfur oil in Maastrichtian sandstone reservoirs.

The company said eight of nine exploration and appraisal wells drilled to date have found oil in “multiple reservoirs” already “defined and delineated” by four wells. In addition, a billion barrels of oil are said to be the upside potential in the area, although the company indicated they’ll wait for royalties to start flowing in before appraising that untapped potential, a strategy the company also used for its only other oilfield holding at Dussafu, offshore Gabon.

A note to shareholders late on Friday said as much. Early Monday, shares in BW Offshore soared by over six percent on the news: the company owns 33 percent of BW Energy Holdings, its field stakes entity, in which company CEO, Carl Arnet, is one percent owner, as of Monday.

“Carl Arnet was instrumental in generating this strategy shift for BWO and we are pleased that he will be directly financially committed and aligned with the shareholders for the profitable development of this entity,” said BWO Chairman, Andreas Sohmen-Pao. OEDigital could not reach the company leadership team for further comment.

With Brent oil hovering at $60, and with major field holdings under its wing, BW Offshore can now also expect a surge in the FPSO market. Judging by our own and the industry’s reports, the FPSO market is on the rebound.

Six new FPSO orders were awarded in 2018, and numbers crunchers Rystad Energy says more than 30 projects could reach final investment decisions between now and 2021. After cost-cutting, Rystad say 14 projects will breakeven at $50 a barrel and 15 others at between $50 and $70 a barrel.

“The pipeline of projects indicates that FPSO awards are set for a strong comeback, driven in particular by South America,” a recent Rystad document said, adding, “The overall picture for the FPSO industry is bright, with dozens of new field development projects to pursue over the next two to three years.”

Those include Siccar Point Energy’s Cambo oilfield West of Shetland; Bridge Petroleum’s Galapagos project has an Aframax tanker in mind for conversion and Cairn Energy has relaunched its SNE project off Senegal and Shell has put Bonga Southwest back on the drawing board.

Meanwhile, the Marmba field is near BW Offshore FPSOs Peregrino and Polvo, and the company says it will deploy one of its existing FPSOs for the new field asset “as part of a phased development to de-risk the project like at the Dussafu development.”

“We will pay approximately $1 per barrel of recoverable resources in an area we know well, and we are currently evaluating several development options within our phased development strategy that range from $3 to $7 of capital cost per recoverable barrel plus FPSO lease,” Arnet added.

The $50 million price of Maromba will be paid at each of three project milestones in a nod to shipyard finance the company knows well. BW Offshore will pay $20 million upon approval of its operatorship and the transaction; $20 million when drilling starts and $10 million at first oil or three years after drilling starts, “whichever comes first”.

Chevron’s board has yet to approval BW Offshore’s acquisition of the 30 percent stake in Maromba.