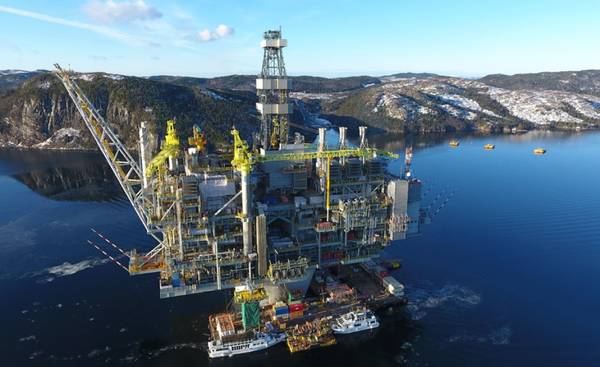 Leaders of a public oilfield investment entity in Newfoundland, Canada, are in a rush to secure more oil — and the province’s first gas production — as well as more investment from international oil companies, government documents suggest.

With some decrying gas as the new oil, the province’s newly established arm’s length oilfield investment firm, Newfoundland Oil & Gas Corp. (spun out of Nalcor Energy in 2019) has a lot to offer IOCs and might welcome some NOCs as partners. Yet, while 3D seismic data viewing rooms still aren’t available in the province, some 170,000 of 2D seismic multi-client data has been shot and more 3D has been ordered.

There’s a feeling, however, that a cloud hangs over the industry, that an area 1.5 times the size of the Gulf of Mexico might remain under-exploited. Just 7% of paper licenses have been issued to oil companies with 20 basins mapped together with 650 leads and prospects.

Judging by the language of recent government reports, there’s a feeling the province is falling behind — especially on gas — despite CAD 2.6 billion in license work committed. For, the province has neither the infrastructure nor the proximity to market needed to speed the development of some 113 trillion cubic feet of gas potential identified in a recent study.

Last week, the interim board of Newfoundland’s Oil & Gas Corp. — the new provincial energy champion — rotated a board member with a finance background into the chairman’s spot. While a subtle move, the Province has officially given itself 10 years to foster a stronger pipeline of oilfield projects, finance, a better supply chain and “first gas” from any field.

Obstacles real & perceived
By mid-2022, Nalcor VP of offshore development, Jim Keating, hopes to lead a team overseeing their first plans for basins and a Natural Gas Development Plan. By 2030, they want commercial gas production and a cluster of companies able to sustain it.

The obstacles to speed are real and perceived. Some fear, and have stated in planning documents, that Canada’s Climate Change plan — with emissions reductions targets and credits aimed at flaring and diesel generators, and the UN Convention on the Law of the Sea levy on production outside 200 nautical miles — as a potential threat to new investment. They also fear “US shale production”; “disruptive wind”; “a lower-for-longer oil price outlook”; “fuel efficiency and the electrification of transportation” are eroding demand.

If the province’s remote production isn’t as far along as Nalcor would like, it has come far. Apart from four producing fields, expansion at White Rose and Bay du Nord are underway and Equinor looks good for two dozen committed wells.

The new provincial oilfield entity — an equity player much like Norway’s Petoro — aims to expand holdings that now include stakes in Hibernia Southern Extension, West White Rose and Hebron.

Slowing things down, perhaps, is the Bull Arm fabrication facility, ostensibly a business of Nalcor’s and sight of the Hebron platform builds. It could potentially be seen as a rival fabricator, despite being intended to “enhance local supply chain opportunities by leveraging existing capabilities” while positioning the province as “a globally preferred location”.

Tantalizing target
In all, the province targets 650,000 boe by 2030, when a first gas producer is hoped for. It charts and graphs suggest it believes only a fraction of the “most likely and potential projects” will be realized by then.

“Stakeholders are concerned that the impact of longer timelines and higher costs could negatively impact Newfoundland and Labrador’s oil and gas industry competitiveness,” the Government’s Advance 2030 document states.

Still, they envision 100 new exploration wells before that first commercial gas. They hope for 7,500 operations staff employed in a world class cluster.

Still, they seem to wonder if they have the time. Despite the opening of new offshore basins and new entrants arriving offshore Newfoundland, the concern seems real that it isn’t enough.

With Nalcor’s net oil production at just 10,000 bpd, perhaps it’s time for yet another public player. Perhaps Ottawa — or Newfoundland’s Maritime neighbors — can put together another Petoro to spread risk and speed investment.

After all, Wood Mackenzie puts Newfoundland finding costs at lowest in the offshore world, excluding the Middle East and Asia.