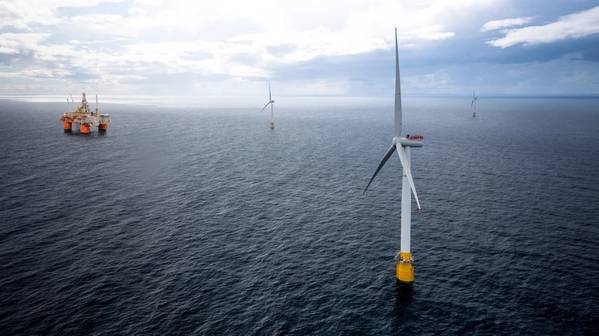 Engineering firm Wood announced on Wednesday that it has been awarded a contract by Norwegian energy group Equinor to deliver modifications to a pair of offshore platforms in the Norwegian North Sea that will be connected to electric power from floating wind turbines.

Equinor’s Hywind Tampen development replaces energy generated by gas turbines with electricity from a floating wind farm located some 140 kilometers from shore in 260-300 meters of water between the Snorre and Gullfaks fields.

As part of its three-year contract, Wood will provide the topside modifications necessary for the Snorre A and Gullfaks A platforms to integrate the Hywind floating wind park with existing systems powering the facilities, the company said. The scope of work also includes equipment installation on the floating wind turbines and upgrades to the onshore control room in Bergen which will remotely operate the wind farm.

Dave Stewart, CEO of Wood’s Asset Solutions business in Europe, Africa, Asia & Australia, said, “The Snorre A and Gullfaks A facilities will be the first oil and gas platforms to be powered by a floating offshore wind farm.

“Wood is fully committed to applying our experience gained from decades of working in the region’s oil and gas industry to reduce the carbon intensity of offshore operations by modifying existing infrastructure.”

Equinor and its partners announced a final investment decision (FID) for the project in October. Later that month, it dished out more than $350 million in contracts for the project, which is partially funded by Norwegian state investment agency Enova.