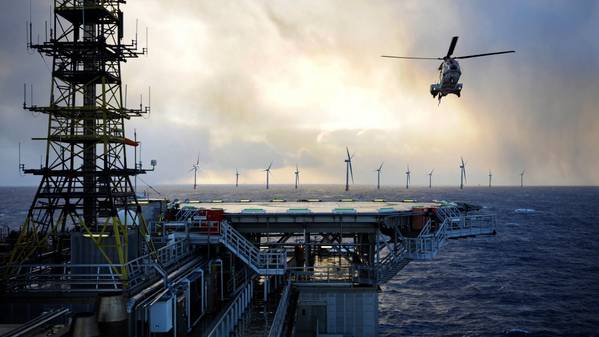 Equinor says the project could reduce Norway's carbon dioxide emissions by more than 200,000 tonnes per year, and has estimated the preliminary cost of the project at 5 billion crowns.

The turbines would power five platforms at the Snorre and Gullfaks oilfields, which are currently powered by generators running on natural gas.

A final investment decision on the plan, known as the Hywind Tampen floating wind farm, will be made later this year and could come on stream in 2022.

"This will be a step on the way to making floating offshore wind technology commercially viable," Enova Chief Executive Nils Kristian Nakstad told a news conference.

The 11 turbines, each with a capacity of eight megawatts, would meet about 35% of the two fields' power demand.

Norway's greenhouse gas emissions have risen despite pledges for deep cuts under international accords such as the Paris climate deal. Last year, Norway's emissions were 3.4% above 1990 levels at 52.9 million tonnes of CO2 equivalents.