Nearly US$8 billion worth of contracts on the Kaombo mega-project offshore Angola have been announced today, following operator Total’s final investment decision on the project on Monday.

An alliance between Technip and Heerema Marine Contractors has won an engineering, procurement, construction, installation (EPCI) and pre-commissioning contract for the subsea umbilicals, risers and flowlines (SURF) on Kaombo.

The lump-sum contract - Technip's largest SURF contract to date - is valued at about $3.5 billion, with Technip taking about 55% and Heerema 45%.

Saipem has won two contracts, worth a combined $4 billion. The main contract is worth more than $3 billion, and is an EPCI for the engineering, procurement, installation and commissioning of two converted turret-moored floating production storage and offloading units (FPSO) for Kaombo.

Saipem has also been awarded a seven-year contract worth about $1 billion for operation and maintenance services of the two vessels.

The scope of work of the contract includes engineering, procurement, conversion of the tankers, fabrication and integration of the topsides of the FPSO units and the installation of the mooring systems, as well as the hook-up, commissioning and operations start-up.

Kaombo is in block 32, in 1400-1900m water depth, about 150km off Angola. The project will develop six fields (Gengibre, Gindungo, Caril, Canela, Mostarda and Louro) in the central and southeast part of the block.

The development will comprise 59 subsea wells, connected to the two floating production vessels. It will make use of "hybrid loop" technology for multiphase pumping and transport of fluids.

The project is scheduled for completion in the first half of 2018. Read more: - US$16 billion Kaomba projects gets go-ahead - http://www.oedigital.com/component/k2/item/5422-16bn-kaombo-project-go-ahead

Technip and Heerema's scope of work on Kaombo consists of the engineering, procurement, fabrication, transport, and installation of:

It also covers the transport and installation of about 115km of client-supplied umbilicals, manifolds, well jumpers and flying leads.

Engineering work will start immediately in the Paris (France), Leiden (the Netherlands), and Luanda (Angola) centers with most of the offshore installation activities being scheduled for 2016 and 2017. Technip Angola Engenharia will provide engineering and project management services, while Angoflex will fabricate pipeline stalks and execute spooling services to the installation vessel. Heerema Porto Amboim will provide fabrication services for the subsea structures as well as double jointing of line pipe sections that later will be installed by the deep water construction vessel Balder.

The flexible pipes will be manufactured at Technip's FlexiFrance facility in Le Trait (France). The fabrication of the rigid flowlines for reel lay will take place at Angoflex’s spoolbase in Barra do Dande (Angola).

Heerema intends to mobilize the Balder, to install all STTRs and the pipe-in-pipe (18in./12in) production pipelines. Technip’s vessel, the Deep Blue, will install all the remaining pipelines. Other vessels from Technip's fleet will install the flexibles and umbilicals and provide construction work support.

For Saipem's scope, the Kaombo FPSO project will be managed by the Saipem Floaters Business Unit in France. Part of the activities related to engineering, procurement, topsides modules fabrication and integration as well as commissioning onshore and offshore works will be carried out in Angola. The topsides fabrication activities will be undertaken in Saipem’s Karimun Island Yard, located in Indonesia. The tankers conversion and the topsides modules integration will be executed at a shipyard in the Far East. The first FPSO unit will be operational by the first quarter of 2017 and the second unit by the second quarter of the same year.

Commenting on the award, Umberto Vergine, Saipem CEO, said: "This contract is in line with Saipem’s strategy of pursuing growth opportunities in high complexity Floaters and FLNG construction in specific geographic areas, such as Asia Pacific and Africa, where the company can leverage its engineering capabilities, strong local content competencies and unique availability of fabrication yards."

Thierry Pilenko, Chairman and Chief Executive Officer of Technip, says: "This project is the largest subsea contract ever awarded to Technip and strengthens our position in the ultra-deepwater market.

Pieter Heerema, chairman and owner of Heerema Marine Contractors, says: "To be awarded the largest SURF project in the industry to date as the first project for the Technip Heerema Alliance is a fantastic success." 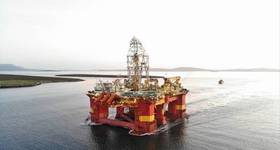 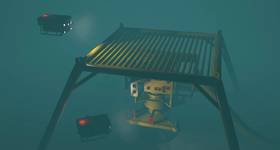