Total and its partners are to move ahead with the 650MM bbl, deepwater Kaombo project offshore Angola after cutting US$4 billion from the capex costs on the project.

Kaombo will develop six of 12 discoveries made in Block 32, covering 800sq km, through 59 subsea wells, connected to two floating production vessels. It will make use of "hybrid loop" technology for multiphase pumping and transport of fluids.

Total said capex costs to reach full capacity on the 230,000 bbl/d potential development were reduced by $4 billion, to $16 billion. Start-up is expected in 2017.

Contracts awarded: Saipem, Aker Solutions, and a consrtium between Technip and Heerema, have all been awarded major contracts on the development, including engineering, procurement, installation and commissioning, the provision of two floating production vessels, and subsea production systems. Read more: http://www.oedigital.com/component/k2/item/5439-technip-bags-largest-surf-deal

“With the launch of Kaombo, the upcoming start-up of CLOV and three exploration wells planned in the Kwanza basin this year, Angola remains a priority country for Total,” says Yves-Louis Darricarrère, president Total Upstream.

Kaombo is about 260km offshore Luanda, in 1400-1900m water depth. The six fields (Gengibre, Gindungo, Caril, Canela, Mostarda and Louro) are in the central and southeast part of the block.

The 59 subsea wells will be connected by about 300km of subsea lines. The two floating production, storage and offloading (FPSO) vessels will each have 115,000 bbl/d production capacity, and will be based on conversions of very large crude carriers (VLCCs). Associated gas will be exported to the onshore Angola LNG plant.

Total is the operator of Block 32, with a 30% stake, alongside Sonangol P&P (30%), Sonangol Sinopec International (20%), Esso Exploration and Production Angola (Overseas) Limited (15%) and Galp Energia (5%).

Total has been present in Angola since 1953. Total’s principal asset in Angola, deep-offshore Block 17 (40%, operator), consists of four major zones: Girassol, Dalia, Pazflor (which are all in production) and CLOV, which is currently being developed. The development of CLOV started in 2010, and will result in the installation of a fourth FPSO with a production capacity of 160,000 boe/d, with a start-up scheduled mid-2014. 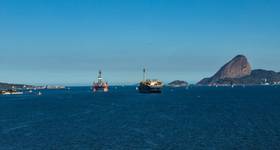 U.S. Asked Brazil's Petrobras If It Could Boost Oil... 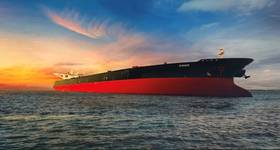 Kongsberg to Provide Electrical and Control Equipment for...