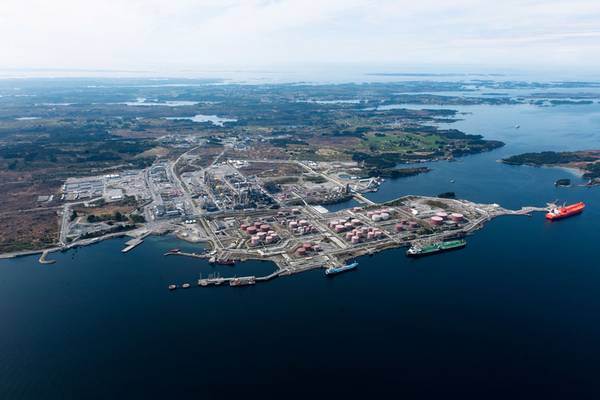 According to Scana, the contract has an approximate annual value of NOK 200 million (currently around $20,1 million), or a total of approx. NOK 1.8 billion (~$181 million) if the options are fulfilled and PSW has the assignment for the next nine years.

PSW will deliver maintenance personnel and prefabrication to the refinery. The main scope of work will be carried out by PSW Technology, with major contributions from sister companies PSW Power & Automation and PSW Solutions.

The latter has handled tank maintenance and sludge services at the refinery for the past ten years. PSW is also joined by local subcontractors such as Mongstad Industrier and Østerbø Maskin. Work starts on February 1 with full effect on May 1.  It benefits from PSW’s core services and close proximity to the refinery, Scana said.