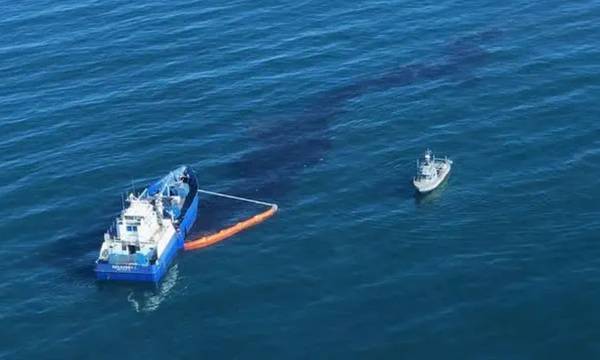 Amplify Energy Corp repeatedly turned off and on a 17-mile-long subsea pipeline when it could not determine the location of the leak, according to plea agreements filed in U.S. District Court, Central District of California.

The Houston-based company and two subsidiaries each agreed to plead guilty to one count of negligently discharging oil during the October 2021, incident. The pipeline was struck by a ship's anchor.

The plea "reflects the commitments we made immediately following the incident to impacted parties and is in the best interest of Amplify and its stakeholders," said Chief Executive Martyn Willsher.

The spill released some 558 barrels (25,000 gallons) of crude oil into the Pacific Ocean, killing wildlife, blackening the coastline and forcing the closure of beaches south of Los Angeles.

A judge must still accept the plea agreement. The companies will serve probation for four years, be required to conduct semiannual pipeline inspections, and revise and submit an oil spill plan to state wildlife officials, the court filing showed.

Amplify has said it incurred $17.3 million in cleanup costs in the immediate aftermath of the spill.

The company this week said it reached an agreement in principle with plaintiffs to resolve civil claims.