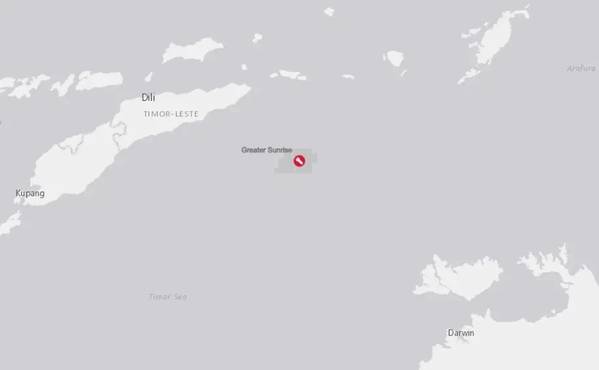 East Timor is confident the Australian government will support plans for gas from the massive Greater Sunrise offshore field to be processed in Timor rather than Darwin, the country's petroleum authority head said on Thursday.

Greater Sunrise lies in waters between East Timor and Australia and holds an estimated 7.3 trillion cubic feet of gas which the Timorese urgently want to develop as the impoverished nation's main revenue source, the Bayu Undan oil and gas field, is set to stop producing this year.

East Timor's National Authority of Petroleum and Minerals President Florentino Ferreira said he expects Canberra will back its push to pipe Greater Sunrise gas to a proposed hub on the country's south coast to help ensure regional stability.

"It is strategically crucial to guarantee both political stability and security in the Timor Sea for Australia, Timor Leste and the region and of course to many of you, the operators in the Timor Sea," Ferreira told the NT Resources Week conference in Darwin.

He pointed to China's growing influence in the region as a source of concern to Canberra, particularly after Beijing recently signed a security pact with the Solomon Islands.

"We have seen how some distractions are happening right in your neighboring countries with the cooperation between Solomon (Islands) and China," he said.

While the two countries are discussing a regulatory and fiscal framework for developing Greater Sunrise, a key obstacle to development is agreement with the project's operator Woodside Energy on where the gas should be piped.

Woodside, which has long argued the gas can only economically be piped to Darwin to produce liquefied natural gas (LNG), said on Thursday it was currently focused on finalizing a new production sharing contract.

Any development plan would need to be assessed against the criteria established in the Maritime Boundary Treaty, a spokesperson said. The treaty would give East Timor 70% of the revenue if gas is piped to Timor and 80% if the gas is piped to Australia.

Ferreira noted that the country's proposed Tasi Mane south coast hub for Greater Sunrise is "currently subject to reassessment of its viability".