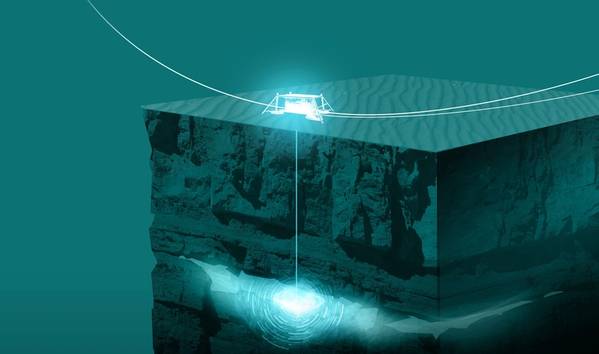 Three companies have applied for future storage of CO2 on the Norwegian continental shelf, the Norwegian Ministry of Petroleum and Energy said Thursday.

Norway in April announced a new area for CO2 storage in the North Sea, citing growing interest from the industry. The deadline for applications was June 1, and the company that applied are CapeOmega AS, TotalEnergies EP Norge AS, and Wintershall Dea Norge AS.

"There is considerable industrial interest in projects that include commercial storage of CO2 on the Norwegian Continental Shelf. Further allocations of area will strengthen the development of an important climate measure and contribute to a new, commercial industry on the Norwegian shelf," says Minister of Petroleum and Energy Terje Aasland.

The Norwegian government said carbon capture and storage (CCS) was important because it creates employment and cuts emissions.

The Ministry has received inquiries from commercial actors with a desire to be allocated a specific area for CO2 storage. The area is located in the North Sea and was announced on April 8.

"Companies that have the will and ability, and have matured projects that include storage of CO2, will be able to apply for a storage permit. I am happy to receive more requests to announce additional area for CO2 storage," Aasland continues.

The Ministry said it would process the three applications received and that it aimed to allocate areas in accordance with the storage regulations during the second half of 2022. This is the third time acreage will be awarded to store CO2 on the Norwegian shelf.

Norwegian oil and gas company Vår Energi was, together with its partners Equinor (operator) and Horisont Energi, awarded the Polaris CO2 storage license in the Barents Sea in April.

Back in April, energy intelligence group Rystad Energy said that global carbon capture, utilization and storage (CCUS) projects are on track to pull more than 550 million tonnes of CO2 out of the atmosphere every year by 2030.

"This capacity growth represents a more than tenfold increase over today’s 45 million tonnes per annum (tpa) of CO2 captured, as the drive to decarbonize gathers pace," the company said at the time.

"Project announcements surged in 2021, with the current pipeline containing more than 200 developments, three times more than are currently in operation globally. The snowball effect is only set to build in the coming years as countries and companies rush to meet 2030 net-zero targets by reducing and offsetting their carbon footprint," Rystad said in April.

According to Rystad, CCUS project cost is anticipated to range between $75-$100 per tonne of CO2 captured by 2030, meaning the total market value of the sector could reach $55 billion annually by 2030.

"However, even with this rise, total carbon capture capacity could fall far short of the levels needed to limit global warming to meet Rystad Energy’s 1.6°C climate scenario or the International Energy Agency’s (IEA) net-zero scenario. Both scenarios require carbon capture of close to 8 gigatonnes (Gt) of CO2 by 2050, a significant ramp up from the 550 million tpa predicted by 2030. If the world is to meet these targets, aggressive investment and deployment of CCUS technology will be required from 2030 onwards," Rystad said.