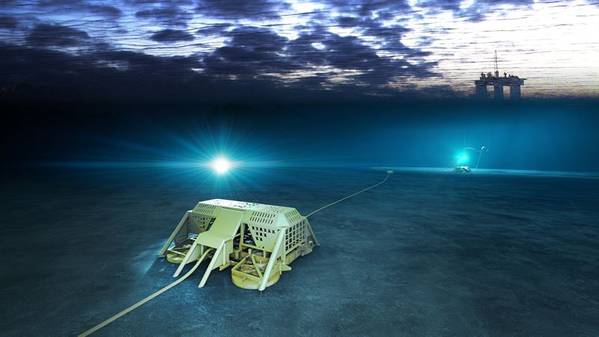 Aker Solutions defines a sizeable contract as being between NOK 0.5 billion (around $52 million) and NOK 1.5 billion ($156,1 million).

The news of the contract came as Equinor and its partners said Wednesday that they would spend around NOK 9 billion (around $937,5 million) to develop the area near the Åsgard field in the Norwegian Sea.

The development concept is a subsea tie-back to the Åsgard B platform, using existing facilities and infrastructure. The six discoveries being developed consist of gas and condensate.

In addition, Aker Solutions has been awarded a separate letter of intent for the delivery of about 90 kilometers of static subsea umbilicals for the Halten East development. The company expects to book an order intake between NOK 300 million ($31,2 million) and NOK 400 million (41,6 million) related to the umbilicals contract.

The Halten East comprises six discoveries and three prospects with a combined volume of around 100 million barrels of oil equivalent, consisting of gas and condensate. Equinor is the operator of the development, and the other license partners are Vår Energi, Spirit Energy and Petoro.

The project development is subject to regulatory approval by Norwegian authorities.