Sabrina Valle and Arathy Somasekhar May 3, 2022 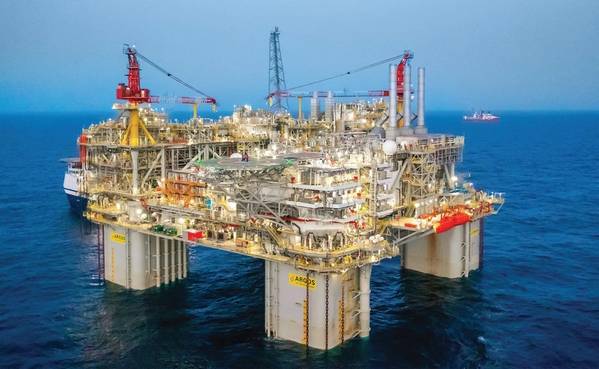 Oil major BP BP.L expects to double crude output from its Thunder Horse project in the U.S. Gulf of Mexico and inaugurate its latest production platform by the end of this year, a company executive said on Monday.

The company, which is betting on "lower-carbon, more economical" offshore oil and gas exploration and production in the U.S. Gulf of Mexico, said a lack of oil investment worldwide could lead to oil scarcity.

"We will continue to explore for oil, primarily close to current hubs," she added.

BP expects to produce about 200,000 barrels per day of oil equivalent by the end of the year, from the current 100,000 boepd at its Thunder Horse project.

BP is also preparing to start this year its fifth-operated platform, Argos, the centerpiece of the company's  $9 billion Mad Dog 2 project in the Gulf. The submersible platform is expected to raise BP's oil production in that region by 25%, from 300,000 barrels per day (bpd).

Argos arrived in the U.S. Gulf earlier this year after delays caused by logistics during the pandemic and weather events. The executive declined to specify in which quarter production will start.

BP in September announced the start-up of Thunder Horse South's phase 2 expansion to increase output at one of the Gulf of Mexico's largest fields, and said a total of eight wells would be drilled to increase oil and gas production to around 400,000 boepd by the mid-2020s.

More than 1,800 platforms in the U.S. Gulf of Mexico, the country's primary offshore source of oil and gas, produced 1.7 million bpd of crude in 2021, mostly from deepwater fields, official data showed.

BP is looking at natural gas as a "key transition fuel" to move away from crude and other fossil fuels, as well as offshore wind, carbon capture projects, biofuels and hydrogen, the executive said.