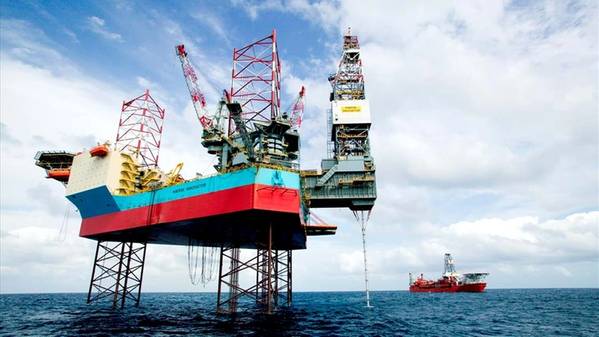 Offshore drilling firms Maersk Drilling and Noble Corporation, which are working to merge their businesses, might need to sell certain offshore rigs in the North Sea to obtain antitrust clearance from the UK Competition and Markets Authority.

The companies, which announced the proposed merger in November 2021, said Wednesday that "at this point in time, the transaction has been unconditionally approved by the competition authorities in Brazil, Norway, and the Republic of Trinidad & Tobago."

With those clearances secured, the only outstanding pre-closing merger control clearances are in Angola and the United Kingdom.

"The Parties expect the competition authority in Angola to unconditionally approve the Transaction during April 2022," the offshore drilling firms said in a joint statement.

"The merger control process for obtaining clearance in the UK remains ongoing with constructive discussions continuing between Noble, Maersk Drilling, and the UK Competition and Markets Authority (“CMA”) ahead of the CMA expectedly publishing their phase 1 decision on 22 April 2022," the drilling companies said.

While the CMA is yet to take its phase 1 decision, Noble Corp. and Maersk Drilling said they expected that it would be necessary to divest certain jackup rigs currently located in the North Sea (the “Remedy Rigs”) to obtain conditional antitrust clearance in phase 1 from the CMA.

"The Parties currently expect the Remedy Rigs to comprise the Noble Hans Deul, Noble Sam Hartley, Noble Sam Turner, Noble Houston Colbert, and a CJ-70 design drilling rig which, at this point, the Parties believe is likely to be the Mærsk Innovator, although it is possible the Noble Lloyd Noble could be required to achieve phase 1 clearance.  On this basis, the Parties have started to examine different options to divest the Remedy Rigs," the companies said.

"Though the Parties expect that they will be required to divest the Remedy Rigs in order to gain CMA clearance, the duration and outcome of the CMA review process remains uncertain. If the Parties are able to obtain a conditional phase 1 antitrust clearance from the CMA, they expect the closing of the transaction will occur in mid-2022," Noble Corp. and Maersk Drilling said.

"The parties believe that the financial and strategic rationale underpinning the transaction remains intact and compelling for all stakeholders irrespective of the divestment of the Remedy Rigs. The parties’ estimated annual run-rate cost synergies goal also remains unchanged. Further, the parties do not intend to change the exchange ratio agreed between them for purposes of the transaction," the drilling firms further said.

As previously reported, the proposed combination is a primarily all-stock transaction where the shares of the combined company will be distributed equally between the current shareholders of Noble and Maersk Drilling.

The two drillers in November said that the proposed transaction completion was targeted to close in mid-2022, upon which the shareholders of Maersk Drilling and Noble will each own approximately 50% of the outstanding shares of the new holding company.