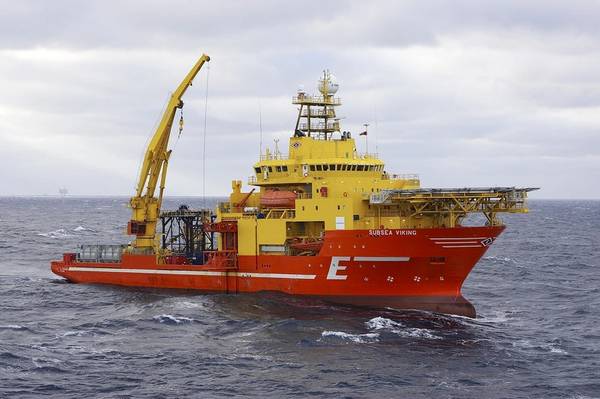 Ediesvik said that the contract would start "ultimo April 2022," in direct continuation of the existing stand-by contract. No financial details were shared.

The firm period is 100 days with options for extensions. According to MarineTraffic, the vessel is currently docked in Høylandsbygd, Norway.

The 1999-built, 103-meters long multi-purpose offshore vessel is not a newcomer in the seismic industry.

The vessel was last year used for an OBN survey in Brazil by Seabed GeoSolutions, a company since bought PXGEO.  The baseline survey used use the Subsea Viking vessel, equipped with Manta nodes deployed by remotely operated vehicles, as well as a marine source vessel.

PXGEO said in November 2021 it had completed the Sapinhoa 4D Baseline ocean bottom node program in the deepwater Santos Basin, offshore Brazil, for the BMS-9 consortium, which is controlled by Petrobras.

During the same month, the company said it had won further ocean bottom node survey work by Petrobras. PGXEO said that the project would start in the second quarter of 2022.