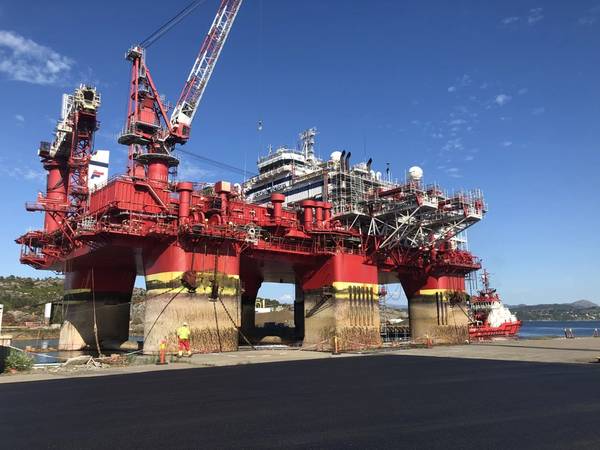 Semco said that the harsh environment accommodation rig is expected to dock at Hanøytangen in Norway, mid-February. According to information on social media, the rig has already arrived.

The Floatel Superior rig was last year deployed offshore Norway, supporting Var Energi's Balder FPU work, and, according to available info is scheduled to start working for Equinor in April 2022.

Semco said Friday that the service contract work on the rig would be completed during February and March 2022. It includes dry-docking of Floatel Superior, installation of thrusters, and various service activities, including cleaning, surface treatment, repairs, and system tests.

"The project is expected to employ around 100 people at Semco Maritime’s yard facility at Hanøytangen, which has Northern Europe’s largest operating dry-dock of 125x125x17 meters, accommodation with single beds for 365 workers and several quays with depth ranging from 17-90 meters at quayside," Semco said.

Floatel Superior, equipped with Kongsberg Dynamic Positioning System, certified to DP3 class, can accommodate 440 people in single bed cabins. It has a telescopic gangway for client personnel to transfer between the rig and the host installation.

Floatel International and Semco Maritime most recently cooperated in 2018 when Floatel Victory flotel was serviced at Hanøytangen.

Worth noting, in September 2021, Floatel International moved its head office to Oslo and changed its tax domicile to Norway.