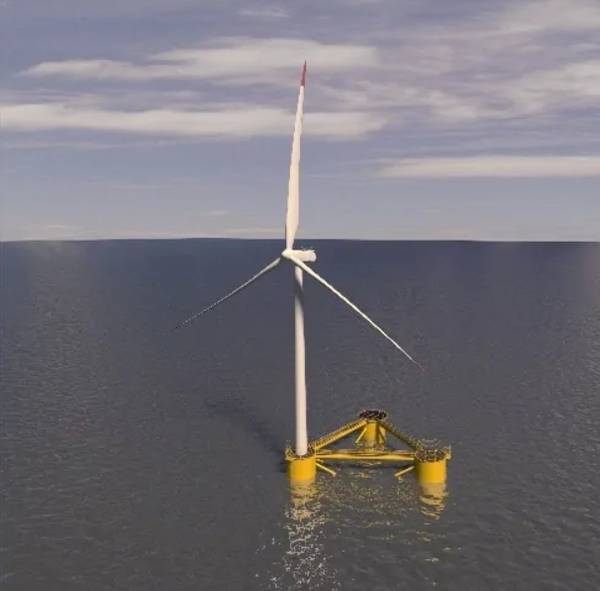 Oil major Shell will acquire a 51% share of Simply Blue Group's Western Star venture, which seeks to develop a floating wind farm off the Clare coast in Ireland.

The deal follows a similar arrangement earlier this year to jointly develop the Emerald floating wind project off the south coast of Ireland.

"The project aims to harness the vast floating wind potential in the Atlantic Ocean off the west coast of Ireland. The joint venture will seek to co-develop up to 1.35GW in total: 300MW-450MW in the first phase with 700MW-900MW to follow. This is equivalent to powering over one million Irish homes," Shell said.

Hessel de Jong, Offshore Wind General Manager Europe, Shell, said: “Shell has a clear ambition to be a net-zero emissions energy business by 2050, in step with society. We aim to provide more renewable power to consumers and businesses alike. Working alongside coastal communities to create shared value is key to success for both the Western Star floating wind project and the previously announced Emerald project, which is why we have chosen to work with Simply Blue Group.”

Hugh Kelly, Co-Founder and Chief Commercial Director, Simply Blue Group, said, “There is tremendous wind potential off the West Coast of Ireland and Simply Blue Group are delighted to partner once again with Shell to jointly develop the Western Star project.

Floating wind technology can be installed in deeper waters than fixed wind turbines allowing this project to be placed 35km – 60km offshore, keeping the visual impact to a minimum, Shell said.  Also, locating the turbines further out to sea will place the farm in an area of higher wind energy potential.

The first phase of the project could include between 15MW and 18MW turbines, Shell said.

Siemens Gamesa last year said it would launch an offshore wind turbine of up to 15MW, and Vestas in February 2021 announced plans to build a 15 MW turbine. So far, at least per the announced plans, the most powerful wind turbines will come from China, where MingYang is working to build 16MW units. Also worth noting, while some of the mentioned turbine makers have secured contracts for these giant turbines, none of those commitments are for floating wind projects.

Whichever wind turbine type the Western Star partners choose for their project, Shell said that the assembly, installation, and deployment of the offshore turbines could stimulate "hundreds of high-quality jobs in the local supply chain."

Long-term operations and maintenance of the turbines will also require local skills and services to support this industry, Shell added.