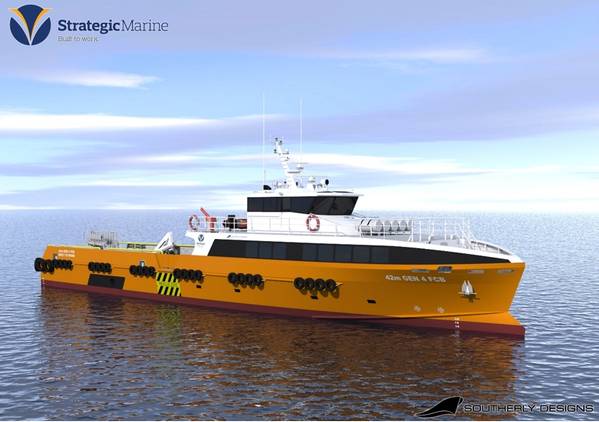 According to the company, the vessel comes with an efficient new hull form and Z-bow which improves seakeeping, requires less power for the same speed and deadweight (DWT), reducing fuel consumption and lower emissions.

"The new hull form has been developed in collaboration with Southerly Designs with CFD analysis and optimization by Seaspeed Marine Consulting. It has been put through comprehensive model testing at the Australian Maritime College to further verify and validate the performance predictions," Strategic Marine said.

The company claims that test results confirmed that the hull resistance is reduced by over 8% compared to the Gen 3 hull form launched in 2014.

The new Gen 4 FCB is 42m in length, with a cargo-carrying capacity of 190DWT, a clear deck area of 140m2, a cargo deck area of 120m2 and a deck loading capacity of 2.5 tonnes/m2. It has a business class seating capacity for between 80 and 100 passengers with space for 12 crew in seven berths and one medical room/office.

The gyro coupled with an optional motion compensated gangway gives the ultimate level of safety for personnel transfers to the offshore installation, Strategic Marine said. The vessel can also be fitted with an autonomous control module for either local or remote autonomous operations.

The vessel has achieved “Approval In Principle” with Lloyds, BV, and RINA. 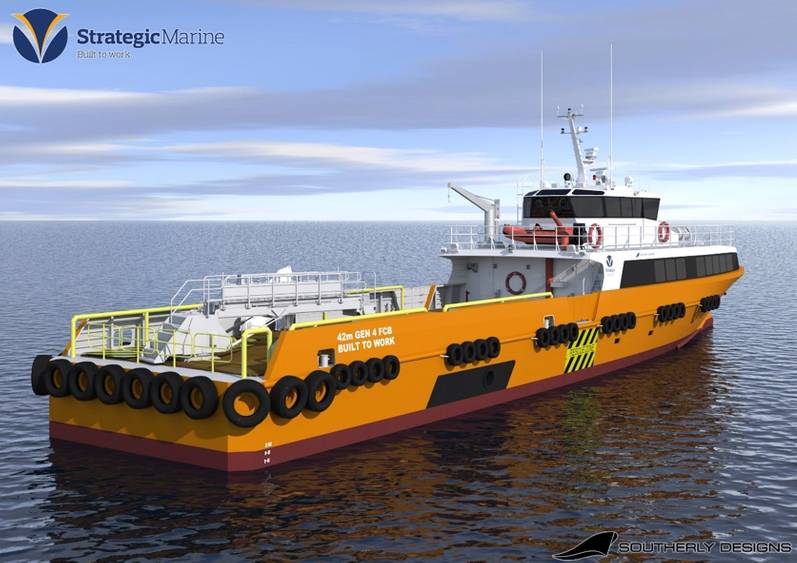