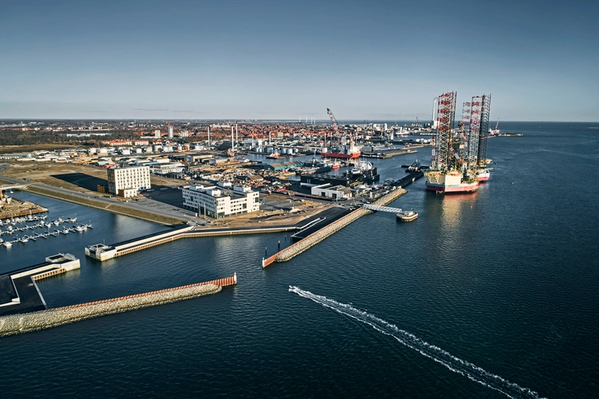 INEOS Energy, Wintershall Dea, and a consortium of 29 companies, research institutes, and universities, on Tuesday, signed an agreement to support the next phase of the Greensand pilot project to demonstrate the safe and permanent storage of CO2 in offshore reservoirs in the North Sea, off Denmark.

The project entails transporting CO2 by ship to the Nini West reservoir off Denmark and injecting it via the offshore wellhead platform. The CO2 will be stored in depleted oil and gas sandstone reservoirs 1500m beneath the seabed and existing infrastructure will be repurposed from oil and gas production to CO2 injection.

Proof of concept planning is now getting underway with potentially start around Q4 2021 subject to the implementation of the agreements outlined in the Danish North Sea Agreement of Dec. 2020.

The Greensand consortium will now file a grant application with the Energy Technology Development and Demonstration Program in Denmark. If the application is successful the consortium targets the start of work by the end of 2021, with the offshore injection pilot taking place in late 2022.

Mads Weng Gade, Head of Country, Denmark and Commercial Director INEOS Energy said: "We are taking this step by step. We now have the consortium in place, and if we are successful in receiving ongoing support from the Danish Government and advisory board, Greensand will be able to take another important step forward in supporting the Danish Climate Strategy.”

A large majority of the Danish Parliament decided in December 2020 to set aside a special funding pool to support a Danish CO2 storage pilot project, aiming to investigate the reservoir-CO2 interaction in the Danish North Sea. This pilot project, if designed correctly, could form the basis for a decision, to enable CO2 storage by 2025.

Credit: GreensandProject Greensand is seen as being amongst the frontrunners of CO2 storage projects in Europe.

"The project has the potential to make a significant contribution to our understanding and growth of carbon storage technology, whilst supporting Denmark’s wider CO2 emission reduction targets for 2030 and beyond," INEOS said.

In a separate statement issued Tuesday, Wintershall DEA said the Greensand consortium believed the project might in the future be able to store up to 8 million tonnes of CO2 per year, equivalent to a quarter of all Danish emissions.

The pilot which targets the first offshore injection by late 2022, envisions capturing emissions at the Danish cement producer, Aalborg Portland, and transporting it to the Nini West reservoir by ship. If successful, the pilot would lead to full-scale CO2 storage in the Nini West field by 2025, subject to the right funding and regulatory conditions.

Among the partners that announced their participation on Tuesday are the OBN seismic firm Magseis Fairfield, well intervention and completion solutions firm Welltec, and maritime and offshore engineering and construction firm Semco Maritime.

"As one of the five leading strategic partners in the Greensand consortium, Semco Maritime will draw on competencies and experience from its Oil & Gas division to provide innovative solutions for storage and transportation of CO2 to depleted oil reservoirs in the North Sea," Semco Maritime said.

"We are pleased that Semco Maritime’s competencies and year-long experience from the Oil & Gas division can be applied to enable our skilled employees to work alongside the other consortium partners on making good use of the inactive platforms and depleted oil fields to the benefit of the green transition,” says Senior Vice President, Semco Maritime Oil & Gas, Anders Benfeldt.

Semco Maritime is tasked with designing, procuring, fabricating, and installing the unit, which will efficiently transfer the captured CO2 from a transport vessel to the inactive platforms and further into the depleted oil wells.

As for Welltec, the company will be responsible for the testing of the well materials at its testing center in Esbjerg, which will boast a newly constructed full-scale CO2  test loop, one of Europe’s largest.

”We are very proud to become a central partner for Project Greensand.  Through 25 years of providing well intervention and completion solutions to the energy sector, including high concentration CO2 projects,  Welltec has built extensive know-how within the material selection,  testing, and solutions,” says Mette Fürstnow, Solutions Director, Green Initiatives, Welltec.