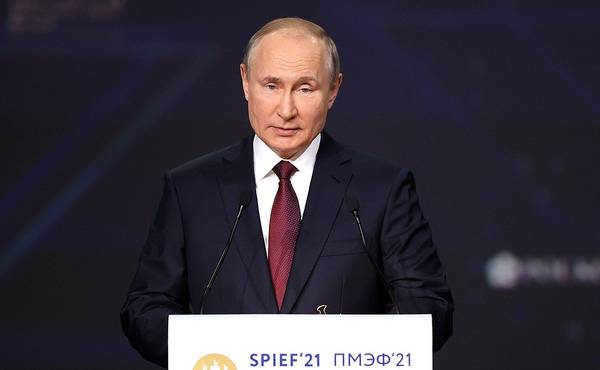 Russia's Nord Stream 2 gas pipeline is set to be completed as the United States wants good ties with Europe, President Vladimir Putin said, as the ill-fated project is nearly complete and ready to start pumping gas to Germany.

Russia's Gazprom was left without a western pipe-laying company in late 2019 following U.S. sanctions, and has since continued alone.

The United States last month waived some sanctions on the Nord Stream 2 - a move U.S. President Joe Biden explained by pointing out that the project was nearly complete, and that continuing sanctions could have harmed ties with Europe.

"I think it should be completed especially given that the new U.S. administration speaks of its intention to build up good relations with its key partners in Europe," Putin told a forum in St Petersburg. "How can you build good relations with your partners and neglect their interests? This is a nonce."

Russia has finished laying pipes for the Nord Stream 2 first line and is set to finish the second one within two months, Putin said. Once Nord Stream 2 is finished, it will double the existing route's annual volume to 110 billion cubic meters.

The Nord Stream 2 would bypass Ukraine which already saw a fall in Russian transit volumes amid gas rows and a political stand-off. Ukraine is opposing the project, seeing it as a tool of political pressure set to deprive Kyiv of transit fees.

Gazprom will start filling the first line with gas as soon as Germany grants its approval, Putin said. Gazprom shares rallied after the announcement, adding 1.3% and reaching 275.70 roubles ($3.78) per share, their highest since mid-2008.

Russian gas supplies to Europe are seen exceeding 200 bcm this year and may rise by as much as 50 bcm in the next decade, Putin said. Ukraine must show good will if it wants Russian gas transit to Europe and related fees to remain, he added. 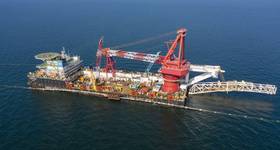 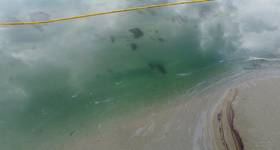