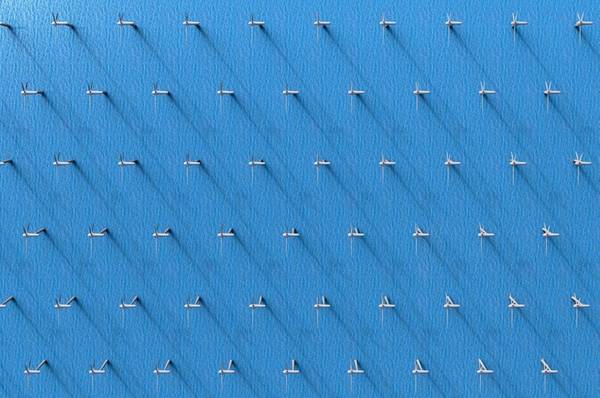 Hecate Independent Power, a company chaired by  Sir Tony Baldry, a former minister in the UK Department of Energy under Margaret Thatcher, on Friday announced plans to build a massive offshore wind project off the coast of Iceland that would, via long subsea cables, power the UK.

According to the developer, the project, called HIP Atlantic, proposes the installation of 10GW of fixed and floating wind turbines in the North Atlantic connected to the United Kingdom by long-length, high-capacity, high-voltage direct current (HVDC) submarine power transmission cables.

"These cables are to be manufactured in the United Kingdom at a £200 million (US $277 million) bespoke power cable plant to be built at a port in the northeast of England.  The total project cost is estimated at GBP £21 billion (US $30 billion)," said the company, according to which, the project will create 15,000 UK jobs, and 500 in Iceland (during the pilot phase).

The company said it had lodged four connection applications with National Grid Company for an initial 4,000 MW of grid connections to the United Kingdom’s 400 kV electricity transmission system across four connection sites.

"Each wind farm – or pod - will be in a different North Atlantic location, and each pod consisting of 1,000 MW of wind turbines will have its own dedicated cable linked to the United Kingdom.  Full dispatch of the HIP offshore wind pods will be under the exclusive control of the United Kingdom electricity system operator making HIP Atlantic Britain’s first captive wind farm in overseas territorial waters," the company said.

According to HIP, HIP Atlantic’s initial 2,000 MW of generation capacity, targeted to be off the southern and eastern coasts of Iceland, is expected to be commissioned in early 2025 to coincide with the United Kingdom’s de-commissioning of its last coal-fired power plants and the last of its original generation of commercial nuclear power plants.

HIP's proposed offshore wind pods in the North Atlantic will all be installed in a different meteorological catchment area than existing North Sea and Irish Sea wind farms, allowing HIP renewable energy to be supplied when existing British wind farms are becalmed.

"This diversity of wind source provides a geographical portfolio effect to protect the UK transmission grid from too much offshore wind capacity installed in just one region," the company said.

As for the goods required for this massive project, the company said  that HIP Atlantic aims to maximize the British-built content in every element of its equipment manufacturing and installation process.

"Across offshore wind turbine and cable manufacture, installation and operations, HIP aims to create more long term, high value jobs across the United Kingdom than any previous wind farm connected to the National Grid.  The initial 2,000 MW capacity alone will result in some 15,000 new jobs in the United Kingdom," HIP said,

While the electricity to be produced by these proposed wind farm offshore Iceland is planned to be supplied to the UK, according to the company, Iceland will benefit from the HIP Atlantic project, too.

"Iceland will be one a significant beneficiary of HIP Atlantic’s investment programme in offshore wind.  The initial Icelandic investment for the first 2,000 MW pilot phase of the project is expected to be GBP £2.9 million (US $4 million) in 2021 rising to an additional GBP £144 million (US $200 million) through 2025.  Up to 500 new jobs located in southern and eastern Iceland are associated with just the 2,000 MW pilot phase," HIP said.

HIP’s Chairman, Sir Tony Baldry, said: “HIP Atlantic fulfils the Prime Minister’s [Boris Johnson's] vision of attracting investment and job creation in the North of England as part of this country’s ambitious policy to make Britain the world leader in offshore wind energy.  We will stretch the zone of British-operated wind generation outside of our traditional territorial waters, pushing the boundaries of existing cable technology to generate over 1,000 kms from our grid landfall points throughout England.”

Separately, HIP Atlantic is working with investment partners for a new HVDC cable manufacturing facility with room for expansion and with an associated deep water berth for loading cable laying vessels in excess of 275 metres in length.

The company also said it was collaborating with a group of ship owners to modify existing vessels capable of laying the long lengths of HVDC cable required to connect wind turbine capacity to the United Kingdom at connection points on the 400 kV transmission system which have been agreed with National Grid Company.

"These will be the largest dedicated power cable vessels in operation in the world today that will be largely operated by British crews," the company said.