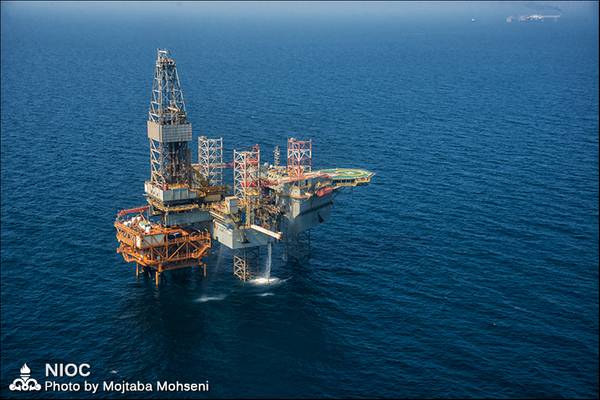 As Iran gears up to resume oil exports once the United States lifts trade sanctions, former key clients in Japan, South Korea and Taiwan say they'll wait for the U.S. green light before investigating terms under which they might buy Iran's oil again.

Iran's president said on Thursday that the United States was ready to lift sanctions, and Indian refiners plus at least one European refiner are already reassessing purchases to make room for Iran's oil in second-half 2021.

That's left traders keen to work out which way Japanese and South Korean refiners will jump - the countries had been the world's third and fourth largest buyers of Iranian crude and condensate, importing about 450,000 barrels per day on average between 2016 and 2018.

During Iran's two-year absence from supplier lists because of sanctions, Japanese and Korean refiners have replaced Iranian supplies with crude and condensate from other Middle Eastern producers, Australia, the United States and Mexico.

Pending the lifting of sanctions, Japanese refiners said they are also awaiting guidance from the country's government.

Peers in South Korea are taking a similar line.

"It would be good if Iranian oil can be imported ... but it won't have much impact on us even if it can't be imported," one South Korean buyer said. "(Once the sanctions are lifted) we could possibly resume imports of Iranian oil if it's money-making."

In Taiwan, a Formosa Petrochemical spokesman said Iranian oil prices would have to be competitive against Saudi grades to be attractive, he added.

Even if sanctions are lifted, buyers will need to make sure banks are able to transfer money, that shipping companies would be able to send tankers to Iran, and that insurers would be able to provide cover, said a procurement official at a Japanese refinery who declined to be named.

"I think it will still take a long time as we need to overcome these hurdles," he said.