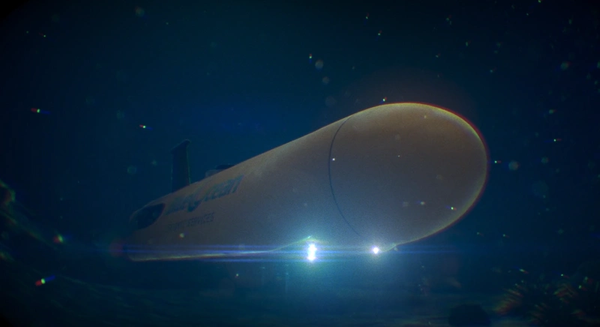 Describing the sea trials,  BOSS said that the underwater vehicle, or testbed ocean bottom seismic robotic vehicle (tOBSrV), successfully traversed a series of waypoints, while providing status updates to a master vessel. It logged flight and engineering data which is being utilized for further systems development and optimization.

"The successful completion of the trials validates the electronics and software system which has been developed by BOSS and highlights its efficacy, underwater. The data collected will be critical in aiding and accelerating the design and development of the final product ahead of commercialization. It marks a significant step towards achieving the BOSS vision for autonomous OBS data acquisition.  The next steps are constructing and testing 10+ alpha prototypes, culminating in a seismic sea trial late Q3 [...] in the North Sea," said the company whose shareholders Blue Ocean Monitoring, bp Ventures, and Woodside Energy.

The purpose of the tOBSrV was to allow for in-water testing of BOSS electronics and software, and to provide a development platform to accelerate electronic and software progress while hardware components are being designed and manufactured.

Following these initial trials, the platform will be utilized to further refine and extend these systems through hardware in-the-loop simulation and in-water trials. Data acquired on sensor performance, vehicle dynamics and software performance will assist in the design and development of subsequent prototypes. The t-OBSrV will also provide a platform to conduct comparative evaluation testing of low-cost electronic components and sensors, the company said.

Erin Hallock, Managing Partner, bp Ventures said: “These sea trials are an exciting development as BOSS makes a substantial step forward in its development of a revolutionary underwater vehicle. We are delighted to be working with BOSS as it heads towards its goal of disrupting and innovating the marine seismic acquisition and carbon capture and storage sectors. Once in production, this vehicle will make global offshore oil & gas exploration, reservoir optimization and other marine seismic applications cheaper, faster, safer, and importantly, less carbon-intensive.”

Tony Almond, General Manager Technology Woodside Energy, said: “Woodside is pleased with the recent success of the sea trials, which mark a significant milestone in the development of BOSS’ first autonomous underwater vehicle. Woodside has invested in BOSS because we see a pathway for application of the vehicles in our business, as well as potential growth opportunities for BOSS globally.”