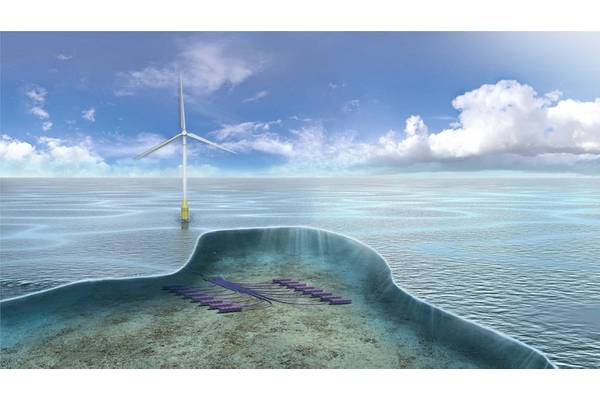 TechnipFMC is working with a consortium on subsea hydrogen production and storage technology Deep Purple. Image from TechnipFMC. 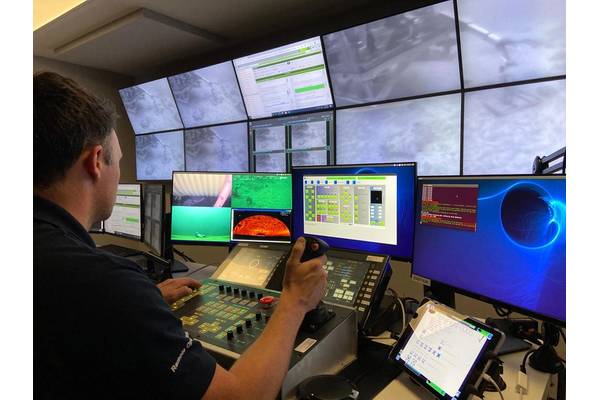 Fugro has four remote operations centers around the world currently. Photo from Fugro. 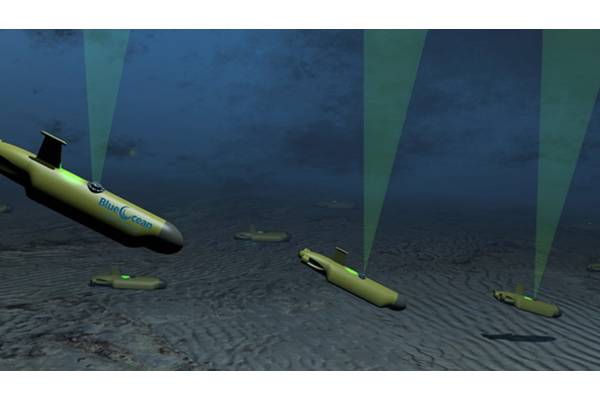 Late 2018, before net-zero targets had been agreed to by most western energy giants and nations, BP came out with a goal to reach 100% of subsea inspection by marine autonomous systems by 2025.

It was a tangible goal then, and it’s one that might now be reached faster as remote and more “digitally” oriented operations take hold with greater opportunities for new nimble players in the market. It’s a goal being chased in the offshore wind sector too.

Some of it is about emissions targets. Starting in 2019, the growing mass of pledges to net-zero targets by nations, upstream companies, and even suppliers has accelerated moves to do more remotely – lowering emissions (and, it’s hoped also, costs).

In offshore wind, it’s also about the growing mass of turbines out there that present a significant operation and maintenance challenge.

A global pandemic restricting travel has now accelerated some of that innovation. Remote operations a reality rather than a road map.

Taking a step back, it’s a tough, rapidly evolving environment for many, with depressed oil prices having impacted the oil and gas industry specifically, resulting in a wave of company restructuring.

“Companies are busier than ever working out what to prepare for the future,” says Bjørn Søgård, Segment Director for Subsea, DNV GL.

Tier 1 contractors created through mergers just a few years ago are starting to be unravelled into more renewable versus traditional business (e.g. Aker Solutions spinning off its offshore wind and carbon capture segments) or demerging to distinguish upstream from midstream-downstream (e.g. TechnipFMC and its spinout Technip Energies), points out Søgård, as CO2 starts to emerge as a balance sheet item and companies need a visible green profile.

Operator strategies are focusing on emissions reduction, production and use of renewables alongside and oil and gas, but also power from shore, says Chris Pearson, the UK’s National Subsea Centre director.

In the technology domain, the world is potentially equally as agile. Lee Wilson, who co-founded new company Honuworx at the start of 2020, says we now need to learn from the likes of Apple and Amazon and behave more like software companies, instead of sticking rigidly to a four-year technology roadmap and finding the world has changed at the end of it.

So what does that involve? Expect there to be more sensors, data, and data analytics that will feed subsea robotics, automation, and remote hubs and cyber-physical systems, says Pearson.

Some of that is already coming, not least around the use of unmanned systems (UxV). In 2019-2020, unmanned surface vessels (USVs), such as those from XOCEAN, were used for survey and data harvesting type operations. In 2021, USVs that can deploy ROVs and AUVs will enter the market, including the first of the 21m and 36m-long Armada fleet, being built by Ocean Infinity, and Fugro’s SEA-KIT USVs; both of which will increase the scope of what can be done remotely.

After the first vessels come out, more that can also deploy aerial drones will come – something which will be of use in the offshore wind industry for blade inspection – but also bigger and more capable ROVs, including work class, for inspection, repair and maintenance and even geotechnical work, says Karl Daly, director, IRM services Europe, at Fugro, speaking at the recent joint IMCA, SUT, Hydrographic Society in Scotland seminar. Instead of contracting a DP vessel, operators will be contracting for delivery of data, he says.

While initially there will have to be a human in the loop for all operations, from the growing number of remote operations centers popping up, the future will move to one person overseeing two or even three vessels, says Mike King, business development manager at Ocean Infinity, also speaking at the online event.

The vessels and what they do will also become more and more autonomous, says Daly, although this will have to be done in tandem with the development of regulatory policy around uncrewed marine operations. 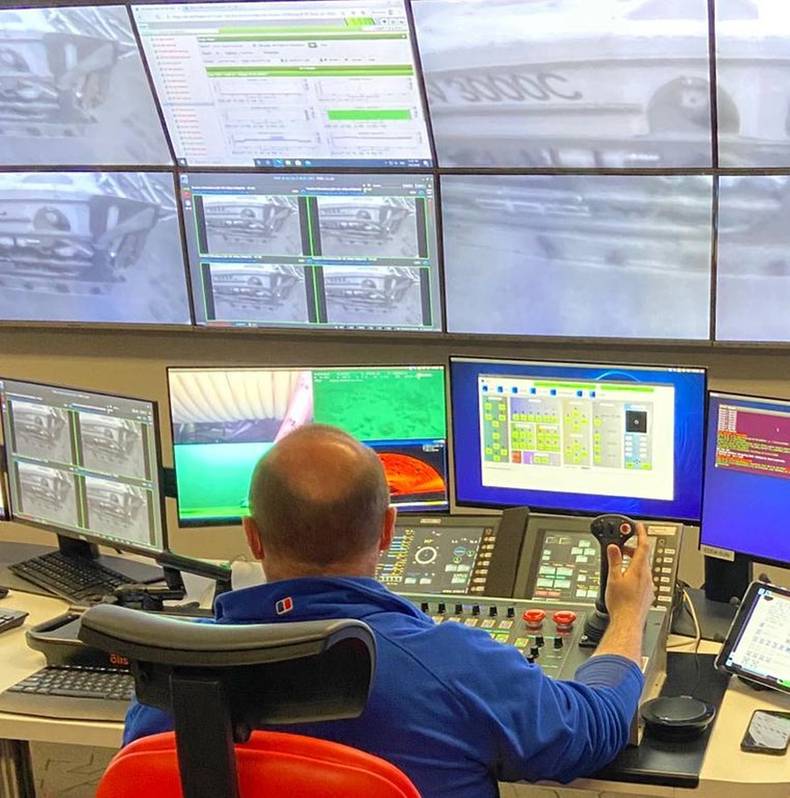 Fugro has four remote operations centers around the world currently. Photo from Fugro.

Saipem’s Hydrone-R is set to be deployed at Equinor’s Njord field offshore Norway some time in 2021. Saipem says Hydrone-R can spend up to 12 months underwater, without being brought back to surface.

Hydrone-W, it’s work class cousin, is due to go through testing in 2021. Eelume, the snake robot, is also due to be trialed at Åsgard, also in the Norwegian sector, while Oceaneering’s Freedom vehicle is also set to be let loose in the wild, likely on pipeline inspection operations.

“Whether the systems are hosted subsea or on the surface, having ‘eyes, ‘ears’ and even ‘hands’ on site remotely will help to increase asset uptime and potentially reduce the number of incidents through early identification,” thinks Damian Ling, Geomatics Advisor at Chevron’s Energy Technology Company (ETC), while USVs will increase how much shallow water inspection or host an AUV for deep water, without using crewed vessels, he says.

“I see both methods or services as complementary to achieving the same goal,” he adds.

Increasing use of survey techniques adopted from terrestrial industries, such as photogrammetry, LiDAR, fiducial landmark navigation and automatic target recognition, will also help increase the efficiency of surveillance data collection and “enable autonomous inspection methods and provide data products from which we can have additional uses,” says Ling (his views, not Chevron). Companies like Cathx Ocean, 2G Robotics (photogrammetry), 3D at Depth (LiDAR), and Forsea (landmark navigation) are examples here.

But rather than coming back to base with a flood of data, edge processing, data analytics, and miniaturized sensors will also help.

But another enabler may also finally come to market: subsea electrification. Subsea electrification could enable increased use of subsea processing, from pumping through to compression, enabling longer subsea tiebacks without the need for new topsides or significant modification to existing topsides, and also deeper water projects.

It’s been a long time coming. Subsea power distribution systems have been qualified by ABB and GE Oil & Gas, with Siemens following and TechnipFMC also developing a lower cost system for sub 6MW users, initially. Others are offering local power generation with options ranging from power generated on site using wave or tidal technology (Ocean Power Technologies, Mocean Energy), to fuel cells, such as Teledyne’s subsea supercharger, battery storage systems, including EC-OG’s Halo energy storage system, and a combination of both, such as one being created by Columbia Power Technologies (C-Power).

“We see a clear trend towards a greater degree of electrification as the CAPEX/OPEX benefits have been demonstrated and the industry seeks to lower emissions,” says Christina Johansen, Senior Vice President, Product Management, TechnipFMC, which has been developing its own subsea power distribution system and sees digitalization and industrialization as key directions of travel for the subsea industry.

There’s a lot going on – the future is fluid, says Ling. Incumbents are being forced to compete with new entrants. University spinouts and new start-ups have or are entering the market, think Seebyte and Hydromea). There’s also room for players from other industries (e.g. Kawasaki) to disrupt the market with innovative technology.

Honuworx is one of those. It’s developing solutions for the launch, recovery, and remote operation of underwater vehicles that removes the requirement for large support vessels and complex lifting equipment.

It’s co-founder Lee Wilson says the industry and market dynamics have changed structurally in the last year, with tiebacks more likely than big new greenfield projects (such as those that might attract a field resident system), and companies will need to be more agile. If they are, there’s a lot to go after in the wide subsea ocean economy, he says, from food and energy production to mineral mining. There’s just little certainty how that’s going to look. 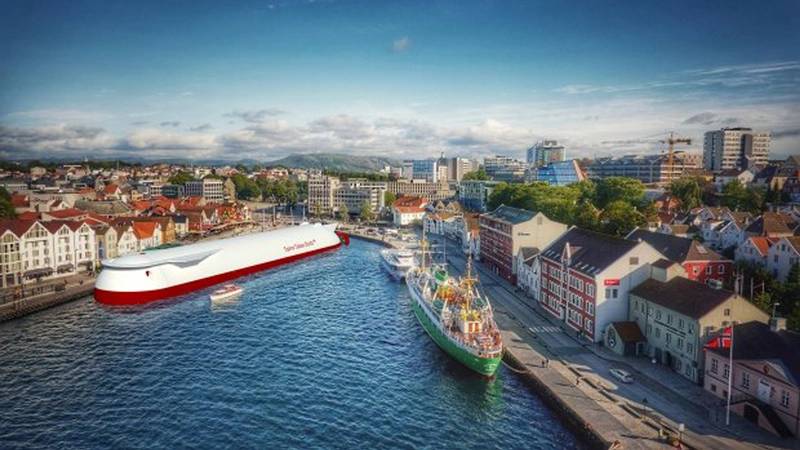 Blue Ocean Seismic Services (BOSS) is developing autonomous underwater vehicles that will operate as a self-repositioning autonomous underwater node to carry out seismic surveys. It’s effectively a fleet of AUVs that will be able to take themselves, en-mass to pre-programmed sites on the seabed, stay there while a source vessel sails over, then move to the next site – saving the time it currently takes to manually place nodes using ROVs or via the node on a rope method. They could also identify and monitor carbon storage sites, says BOSS.

Hydrogen has shot up the energy agenda in the past 12 months and it’s likely to be there for some time. TechnipFMC hasn’t missed this and, as part of a consortium with Sintef, Energy Valley, and the Ocean Hyway Cluster in Norway, it’s developed Deep Purple, a wind-powered subsea hydrogen production and storage technology, complete with fuel cells to provide power when required. This could be used at offshore platforms, but also remote islands, for ship refueling offshore, and simply for hydrogen export.

More of a mid-long-term vision is Equinor’s vision to use a “large subsea drone” to transport CO2 to subsea injection sites, where it could also recharge, while offloading its cargo. The 135m-long “Subsea Shuttle” could also be used to transport gas and water, for reservoir injection, and offload oil, presumably meaning storage subsea can be skipped, instead pumping it directly into these huge vehicles, serviced by resident vehicles. 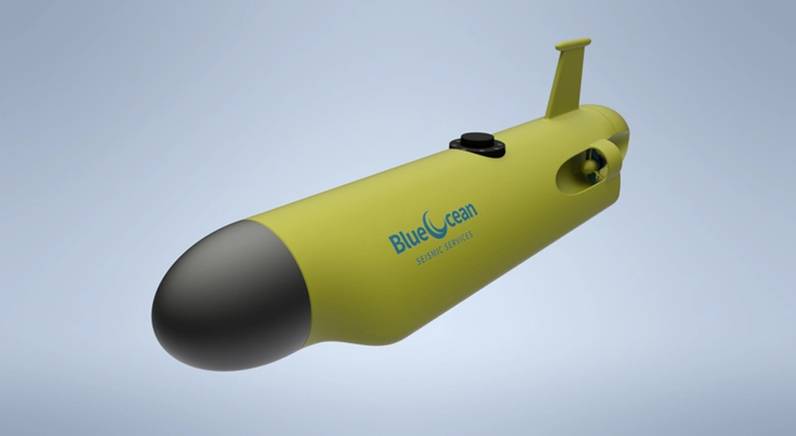 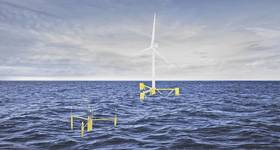 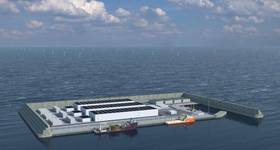 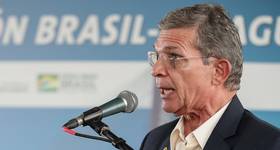