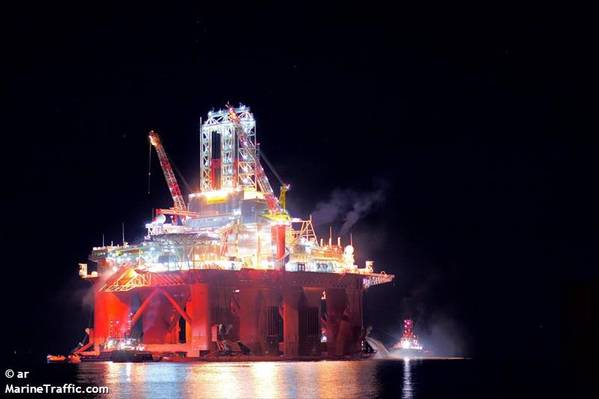 Oil company MOL Norge AS, a Norwegian subsidiary of Hungarian MOL, has received a drilling permit for an appraisal well in the North Sea, offshore Norway.

The drilling program relates to the drilling of an appraisal well in production licence 820 S. MOL Norge AS is the operator and owns a 40% stake in the block. The other partners are Lundin Energy Norway AS (41%), Pandion Energy AS (12.5%), and Wintershall Dea Norge AS (6.5%).

The well will be drilled about 11 kilometers north of the Balder field. This is the third exploration well to be drilled in the licence.

The company has previously obtained consent for this drilling operation from the Petroleum Safety Authority, as well. The PSA Norway said lat in April the project, aimed to appraise the Iving discovery made in 2020, would take 36 days to complete in dry hole case or 57 days if a discovery is made.

The well will be drilled at a water depth of 128 meters. Preliminary evaluation of the Iving discovery announced in March 2020, showed recoverable resources between 12-71 mmboe with light oil at gravity API 40.

The Transocean Barents rig's $270,000 a day contract with MOL starts this month and is expected to run until December 2021.

The original Iving discovery was made last year using the Deepsea Bergen rig owned by Odfjell Drilling. A few months after the completion of the drilling operation for MOL, Odfjell Drilling decided to recycle the 37-year-old unit