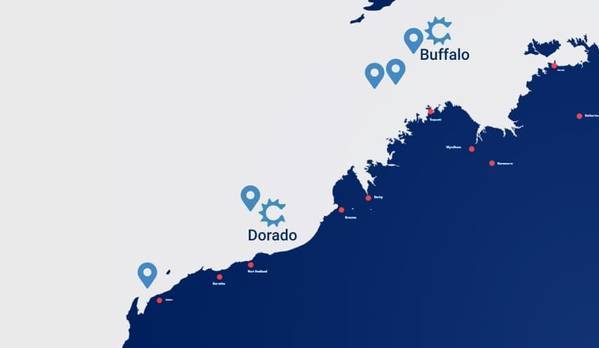 Australian oil and gas companies Carnarvon Petroleum and Advance Energy have completed the Buffalo oil field farm-out agreement as all the necessary conditions have been met.

Carnarvon in December 2020 announced that Advance Energy would acquire 50% of the Buffalo project in the Timor Sea, offshore East Timor, by funding the drilling of the Buffalo-10 well up to US$20m on a free carry basis.

"Advance has met this funding requirement and now has a 50% interest in the project," Carnarvon Petroleum said Tuesday.

"The Buffalo-10 well is on track to be drilled in late 2021, subject to securing a drilling rig, where the tendering process is already underway," Carnarvon added.

Carnarvon Managing Director and CEO, Mr Adrian Cook, said: “The completion of this transaction is fantastic news for Carnarvon and Advance Energy and now we look forward to drilling the Buffalo-10 well later this year.

The joint venture will move to develop the field quickly to take advantage of the strengthening oil markets. This will be achieved by suspending the well as a future production well and commencing early development studies during 2021."

"The Buffalo field has the advantage of being in shallow water which enables a low cost project. This together with the certainty of the fields historical production characteristics enables a fast track timetable and makes Buffalo an exciting project for Carnarvon shareholders”.

Carnarvon recently awarded the drilling management services contract to Petrofac, which will include completion of detailed well design, procurement of long-lead items, and contracting the drilling rig and associated services, including the shore base location for the project.

Carnarvon recently said it was targeting the FID for Buffalo in 2022 with the first oil targeted for late 2023.

The Buffalo project was originally located in Australian water, however, the governments of Australia and Timor-Leste signed a deal on maritime boundaries in 2018, that altered the maritime boundary between the two countries affecting the WA-523-P permit containing the Buffalo project. The WA-523-P exploration permit has now been split in two with a portion including the Buffalo oil field changing from its Australian jurisdiction to being exclusively in the East Timor jurisdiction.