Carnarvon says the area offers it a great opportunity at a low cost, given today's oil price environment.

In total, within about 40km around WA-523-P, Carnarvon says there's about 730 MMbo and 3.4 Tcf of discovered resources.

WA-523-P includes the Buffalo oil field, which produced about 20 MMbbl between 1999 and 2004, and has potential to be redeveloped, and the undeveloped oil discoveries in the Bluff-1 and Buller-1 wells.

The permit is also close to proven oilfields at Laminaria, Corallina, Kitan, Jahal, and Kuda Tasi that collectively contain about 280 MMbbl initially recoverable. Carnarvon says they're all within 15km of the newly acquired acreage. Some 25-40km east of the new acreage is also the large Bayu-Undan gas/condensate field, and the Kakatua and Elang oil fields.

Carnarvon says absence of accurate seismic depth imaging of target reservoirs in the area has resulted in a very poor track record for well depths "coming in on prognosis."

"This problem in getting the depth mapping right has resulted in major difficulty defining field development locations and prospects, describing volumes, reducing risk and justifying drilling," the firm says.

Carnarvon’s Managing Director and CEO, Adrian Cook said: “This area of the North West Shelf has tremendous opportunity. Without doubt, the mapped prospectivity in this proven oil province, and within the permit, has outstanding development potential.

"We believe we can generate significant shareholder value by applying cutting edge seismic imaging technologies which have recently proven successful in our Phoenix permits. These modern processes will provide a step-change improvement in the definition of prospects, determination of volumes and reduction of drilling risk.

"This rare opportunity has also been secured for a fraction of the cost of the commitments made by peers in bid rounds only a year or two ago."

Carnarvon and its partners discovered light oil on the Phoenix permits, a surprise for the industry, which had been expecting gas and condensate.

The firm acquired WA-523-P through a Government gazettal process, by successfully bidding a work program comprising reprocessing existing 3D seismic data and interpretation and analysis of the data within an initial three-year term.

Carnarvon says reprocessing has started and is expected to take around 12 months. If the results are successful, Carnarvon says it could then commit to acquire new 3D seismic data and drill a well over the course of the following three years.

The new permit covers about 4220sq km in the northernmost extent of Western Australian waters. 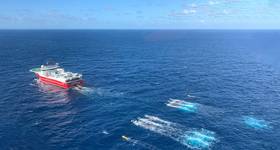 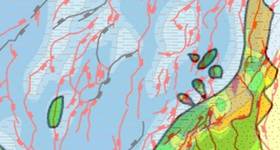